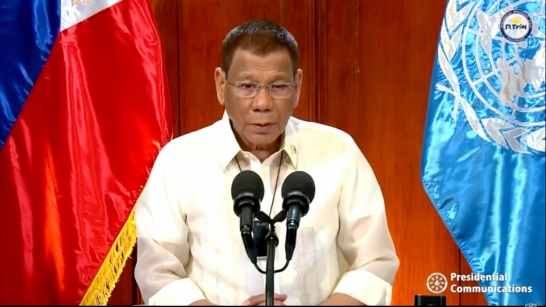 The International Coalition for Human Rights in the Philippines (ICHRP) once again expressed their demand for an independent international investigation on the non-stop rights violations in the south-east Asian country. The statement was issued after the United Nations Human Rights Council adopted a resolution on technical cooperation and capacity-building for human rights in the Philippines during the 45th Regular Session in Geneva Wednesday.

“We have come to a point where the Philippines has gained global notoriety for human rights abuses. However, we are dismayed with how disinformation and empty promises were peddled by the Philippine government before the UN body,” says ICHRP chairperson Peter Murphy.

According to ICHRP, the government of President Rodrigo Duterte uncooperatively barred the Office of UN High Commissioner for Human Rights Michelle Bachelet from conducting its investigation in the country, and instead launched a disinformation campaign in the UNHRC. “Through state funded public relations they were able to circulate documents that tried to paint a human rights-friendly Philippine government,” ICHRP said.

The document in question is the The Philippine Human Rights Situationer released May 2020 and distributed in Geneva. It was also cited in the recent UNHRC resolution.

“Aside from being a misrepresentation of the human rights crisis, the situationer resorted to red-tagging and a language of vitriol that aims to discredit victims, their families calling for justice, and civil society working on the ground,” says Murphy.

Last July, ICHRP raised concerns on the claims of Justice Minister Menardo Guevarra to the 44th Regular Session of the UN Human Rights Council. “The announcement by Mr. Guevarra of an inter-agency panel to review the drug-related operations by the Philippine government is but an attempt to save face in front of the UN body. There is no evidence that the panel exists to investigate 5,655 deaths in police drug operations,” says Murphy.

Secretary Guevarra delivered a snowstorm of claims about investigations by diligent authorities to support his total rejection of any claim that impunity reigns in the Philippines.

ICHRP responded: “How shameless for him to boast that the long overdue conviction of Retired Major-General Palparan in 2018 for the kidnapping and serious illegal detention in the 2006 disappearance of University of the Philippines (UP) students Karen Empeno and Sherlyn Cadapan is proof that there is justice in the Philippines?”

The Justice Secretary also took credit for the December 2019 conviction of some of the accused Ampatuan clan and some police for the November 23, 2009, massacre of 57 people including 32 media workers in Maguindanao.

“These isolated, long-delayed decisions are the exception that proves the rule of impunity,” says Murphy.

ICHRP underlined that until the government of President Rodrigo Duterte takes seriously the facts-based findings of the Office of the High Commissioner on Human Rights (OHCHR) Report and allows an independent international probe, this promise of a judicial review is nothing but empty.

International investigation: We will make it happen

The global coalition recognises that the adopted UNHRC resolution has potential to those seeking accountability on the human rights atrocities in the country. “We welcome the request for High Commissioner Bachelet’s Office to work closely with the Philippine state for fulfilment of its international human rights obligations and commitments. Also, we are hopeful that the UN Resident Coordinator in the Philippines, noted in the resolution, would work with the human rights defenders in the country,” says ICHRP.

Last May, United Nations Secretary-General António Guterres appointed Argentinian Gustavo González to the position of United Nations Resident Coordinator in the Philippines and he is also currently serving as Humanitarian Coordinator.

Despite the UNHRC resolution being mum on a probe, ICHRP is committed to work with international NGOs, churches, trade unions, lawyers, human rights organizations and concerned individuals to initiate a global people’s initiative to undertake an independent international investigation.

“Now that the human rights crisis has been brought center stage, the world is watching the Philippines even more closely. The need for an independent international investigation can no longer wait. That is why ICHRP together with the international community seeking accountability will step it up and make it happen,” says the global coalition. As of this writing, working groups for a global independent investigation have already been formed.

“Democratic spaces are still being eroded. Arrests continue. The killings continue and so will the search for justice. We have yet to see accountability for the thousands killed in the drug war, the crackdown against activists and the attacks against press freedom. The international community demands  an independent, credible investigation on the Philippines and will continue to do so,” Murphy concludes.#