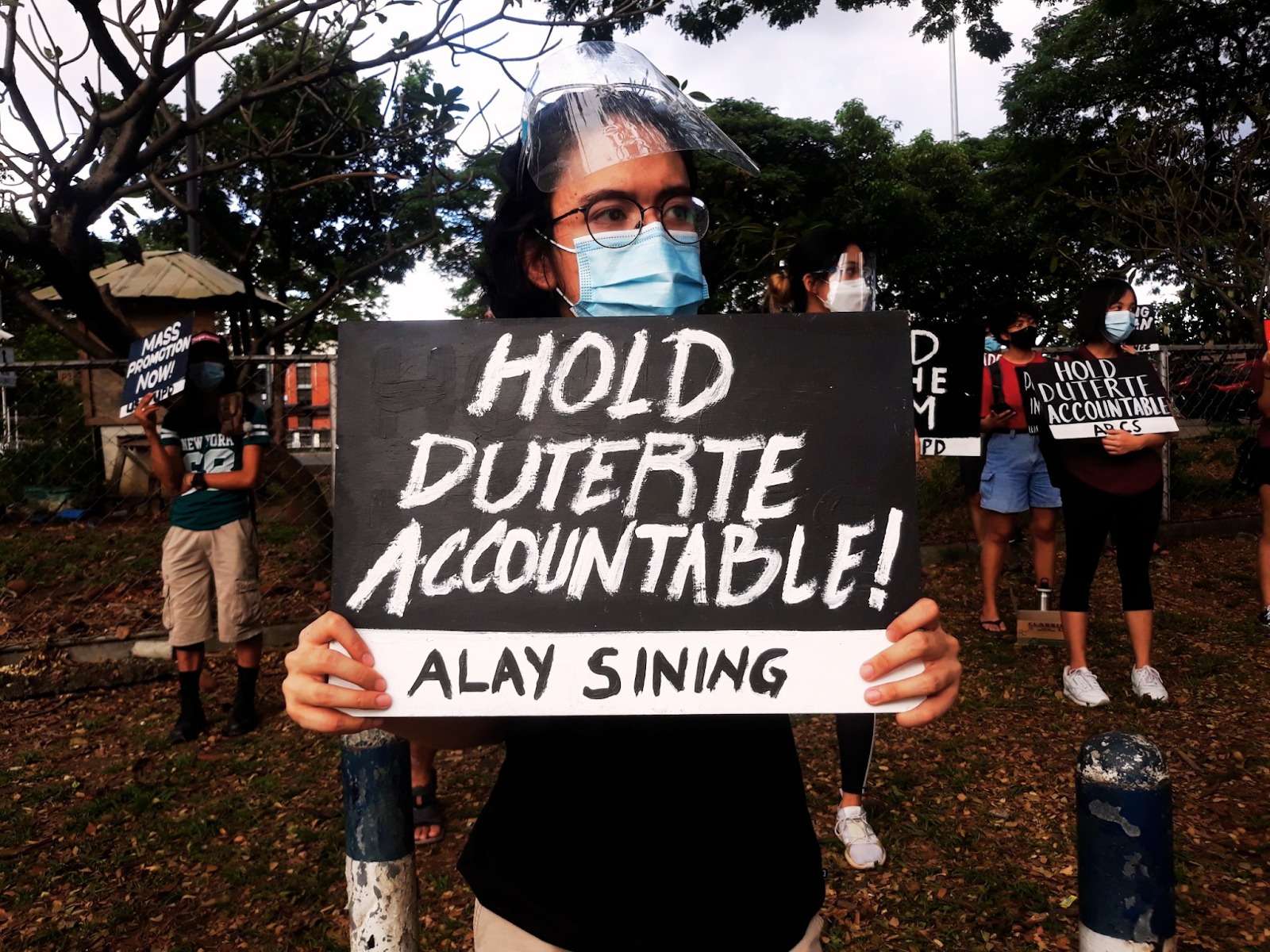 No amount of denials and lies by the regime can whitewash the crimes exposed by the work of Investigate PH. –Peter Murphy, ICHRP Chairperson

The release of the second report comes just three weeks after the International Criminal Court opened an investigation of crimes against humanity against the Duterte Regime.  The report details the depravity of the Duterte government’s abuses using an investigation of three areas of conflict occurring across the Philippines 1) The War on Drugs, effectively a war on poor people, 2) the War on the Moro People, a colonial war being fought against Islamic Peoples of the Philippines, and 3) the War on Dissent, effectively implementation of a counter-insurgency strategy waged by the state against civil society and non-combatants, fundamentally a war against political opposition and dissident voices.

Lack of redress persists for abuses by State agents, and the Philippine National Police (PNP) continue to obstruct justice. Police routinely coverup the circumstances of killings in anti-drug operations, intimidate families and potential witnesses, and obstruct the review of most killings by the Department of Justice.

The armed forces have become more emboldened in killing dissenters. Police and soldiers are now executing political dissenters in a manner similar to extrajudicial killings in anti-drug operations. Duterte’s NTF-ELCAC, the July 2020 Anti-Terrorism Act, and increasingly the justice system have not only facilitated these killings, but are institutionalizing repression that broadly harms civil society, from alleged communists to churches to long-standing democratic institutions. These actions erode the very foundation and façade of democracy.

Military action in Mindanao is perpetuating violence against and entrenching the marginalization of Moro communities, with steady military aid from the U.S. Military operations in Mindanao, as part of the U.S.-backed “War on Terror,” have failed to distinguish between civilians and combatants, and also caused mass displacement of Moro communities. Government policy neglects the needs of displaced people and undermines Moro communities’ right to self-determination. U.S. military aid, as well as military support from other countries, is abetting human rights violations.

The report highlights that Philippine security forces are perpetrating extrajudicial killings — and obstructing justice. The hearings produced eye witness accounts of state sanctioned killings conducted by the police and military.  It also produced independent forensic evidence that countered police claims that victims had fought back.  The report demonstrates a complete lack of accountability for the killings in the Drug War.  As of June 2021, the Philippine National Police (PNP) continue to defy Supreme Court directives to hand over case files in the more than 7,000 officially acknowledged drug killings.1

Equally disturbing is the evidence presented that shows the state killing machine perfected in the War on Poor People is now being turned on human rights defenders and a broad range of political opponents of government policy. In “tokhang”-style raids in recent months, police and military in Negros, Panay, and Southern Tagalog have extrajudicially killed farmer leaders, city councillors, teachers, lawyers, doctors, peasant leaders, human rights defenders, trade unionists, indigenous leaders and urban poor organizers in their own homes or going to or from their work. The justice system supports and participates in the suppression of dissent both by weaponizing the law to facilitate human rights abuses, and by failing to enforce legal protections.

The report highlights the failure of military operations in Mindanao to distinguished between civilians and combatants. It documented the use of indiscriminate forms of warfare such as mortar fire, artillery fire and aerial bombing on densely populated by civilian areas. The report notes such actions are in breach of International Humanitarian Law. U.S. and other foreign governments who supply weapons, intelligence and training are also in breach of International Humanitarian Law.

The second report highlights the judicial system’s role in the institutionalization of impunity, the failure of domestic remedies, the weaponization of the law to violate rights and the persistent culture of impunity that is a hallmark of military rule.

ICHRP stresses that the Investigate PH report further highlights the current reality in the Philippines “is one of impunity, mass killings and escalating human rights abuses. The behavior of the Duterte Regime is an affront to the efforts of the UN Human Rights Council and the entire international community.”

We call on the UN Human Rights Council and the International Criminal Court to respond to the evidence presented in the Investigate PH report to support its own investigation to hold the Duterte Government accountable for its crimes against humanity. According to ICHRP chairperson Peter Murphy, “The UN bodies and world should know that Duterte’s actions have led directly to the murder of Filipinos, he’s out for blood”.

We call on people from around the world to take notice of these crimes against humanity and express their indignation on July 10th.

We call for an end to the war on drugs!

We call for an end to the war on dissent and all associated military operations!

We call for compensation and the right to return for all Maranaos!

We call for a suspension of all military aid and equipment to the police and armed forces of the Philippines!

We call for justice for the victims of these crimes, prosecute the perpetrators!