The Concerned Artists of the Philippines (CAP) is calling on artists to submit artworks in pursuit of justice. 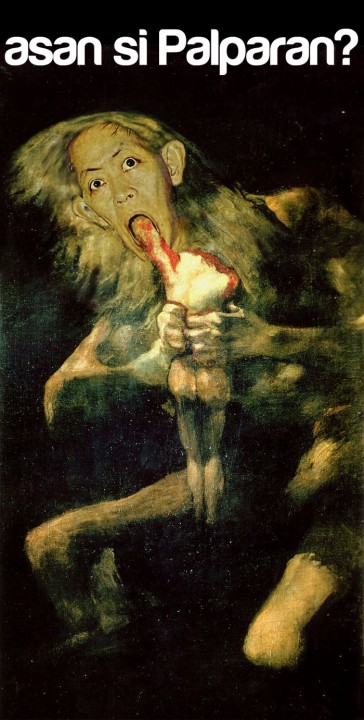 ASAn si Palparan? (ASAP) is a collection of artworks in the style of Larry Alcala’s “Slice of Life” and Martin Handford’s “Where’s Waldo”. A contribution from you can help bring to the general public the plight of several victims of human rights violations conducted by the military forces in the country and eventually bring justice to them by finding, convicting and jailing Maj. General Jovito Palparan Jr.

General Palparan, notoriously known as the “Butcher,” is responsible for the abduction, torture, killings and/or disappearances of several of our kababayans—activists and ordinary folks in the provinces—including UP students Sherlyn Cadapan and Karen Empeno who remain missing to this date. Palparan personifies the prevalent state of impunity in the country, as he continues to evade the warrant of arrest against him. The warrant of arrest is a result of the persistent struggle for justice of the mothers of Cadapan and Empeno.

All artworks must play on the idea of searching or looking for Palparan in any format, be it a maze, puzzle, spot-the-difference, or any popular activity/game. All artworks must be 8 inches by 8 inches, square format, colored or Black & White on white ground/paper. Interested contributors can submit their works either by:

Deadline for submission of artworks is on August 15, 2012.

Artworks will be displayed on the internet as viral advertisements on social networking sites  in time for the celebration of International Day of the Disappeared on August 30.

We are calling on artists and cultural workers like you to participate in our effort to help bring justice to the victims of enforced disappearances, torture and extrajudicial killings.

Justice to all human rights violations victims!
End Impunity in the Philippines now!

Release of Final Report of the International Observers Mission