Where is Ninoy in Noynoy? —Karapatan

Karapatan Public Info Desk, Press Statement, August 21, 2012 –   As the nation today commemorates the 29th death anniversary of Ninoy Aquino and reflects on the ideals of the man, Karapatan secretary general Cristina Palabay said, “with the current human rights situation in the country — the bombings of communities, extrajudicial killings, disappearances, arbitrary arrests and detention — we can’t help but wonder, if there is a Ninoy in each one of us, where is Ninoy in Noynoy?” 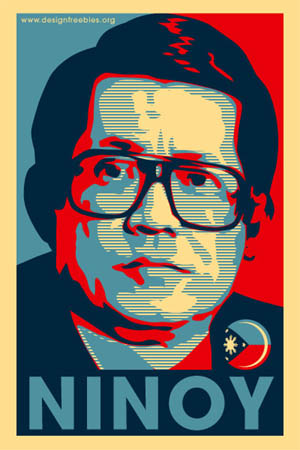 Ninoy Aquino, Pres. Noynoy’s father, was a prominent figure in the Filipino people’s struggle against the Marcos dictatorship. He was a high-profile political prisoner during martial law. “Like the 385 political prisoners at present, Ninoy was jailed because of trumped up charges of murder, illegal possession of firearms and other criminal offenses. Despite the opportunity to correct this practice and stop human rights violations, as he witnessed the suffering of his own father, Noynoy refused to release all the political prisoners. In fact, he has perpetuated the same forms of injustice inflicted against their family. Like the dictator Marcos, he declared that there are no political prisoners at present,” added Palabay.

Karapatan, as of June 30, 2012, has documented 170 political prisoners arrested and detained in the two years of Noynoy’s presidency.

“Ninoy fought oppression perpetrated by the Marcos dictatorship. That included abuses and human rights violations committed by the military under the command of Marcos. Ninoy decried not only the arrests and detention that was widespread among the opposition and those suspected to be communists but also the intense military operations in the countryside that victimized hundreds of thousands of Filipinos,” said Palabay.

According to Karapatan, the same human rights violations and culture of impunity that was a trademark of martial law did not end with Marcos but continue up to the present. Palabay added that, “the paramilitary units still exist today, though with a different name; checkpoints, illegal searches and military detachments in communities are still on; forced evacuation of the population in the countryside, torture, killings and disappearances that were widely practiced in Marcos’ time are still prevalent under Noynoy.”

As of June 30, 2012, almost 30,000 individuals have become victims of forced evacuation documented by Karapatan under Noynoy Aquino.

“The nation would again commemorate Ninoy’s death and remember his fight against oppression; Noynoy would again recall their family’s agony during the days of martial law and how his father suffered in jail. But two years after Noynoy’s presidency, and with the prevailing air of impunity, Noynoy has yet to show the Ninoy in him,” concluded Palabay. ###