Karapatan Public Info Desk, Press Statement, June 21, 2012 –   Today, as the defense lawyers of former Pres. Gloria Macapagal Arroyo present their client’s plea for bail at the Pasay Regional Trial Court, human rights group Karapatan joins members of people’s organizations under BAYAN in a rally outside the court premises urging for the immediate junking of Arroyo’s motion for bail and her immediate prosecution for electoral sabotage and human rights cases. 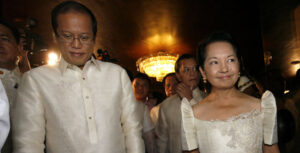 Cristina Palabay, Karapatan spokesperson, said that more than six months have lapsed since the arrest of Arroyo based on electoral fraud charges, but her legal maneuvers and Malacañang’s kid-gloved treatment have kept GMA from being brought to justice.

Malacañang’s real intentions to prosecute Arroyo is betrayed by the fact that it has approved the special treatment of Arroyo in detention, being ‘detained’ in a hospital with extraordinary perks as a detained person, and the inordinately slow process of prosecuting her for the electoral fraud cases. The Aquino administration has likewise done nothing to go after GMA for the rights violations conducted under her term, which she has spurred through her counter-insurgency policy Oplan Bantay Laya,” she commented.

Palabay added that Arroyo’s motion for bail should not be granted by the court lest it be considered another significant indication of the prevailing climate of impunity in the country.

A week ago, the European Parliament adopted a resolution noting the “insufficiency” of the government’s ability to effectively combat the widespread impunity of perpetrators of extrajudicial killings and enforced disappearances. The resolution was adopted after human rights activists led by Karapatan and Philippine UPR Watch conducted lobby activities and meetings with members of the parliament to brief them on the human rights situation in the country. (Full text of resolution may be accessed through this link: http://www.europarl.europa.eu/sides/getDoc.do?type=TA&reference=P7-TA-2012-0264&language=EN)

Palabay welcomed the call of the European Parliament for the Philippine government “to take further measures in order to end impunity for extrajudicial killings, enforced disappearances and torture and bring those responsible to justice,” as victims of rights violations and their kin commemorate the International Day to Support Victims of Torture on June 26. It also marks the sixth year of the abduction and enforced disappearance of UP students Sherlyn Cadapan and Karen Empeño.

“As long as perpetrators of such grave and heinous crimes such as Arroyo and Maj. Gen. Jovito Palparan Jr. remain free from arrest and prosecution, Aquino and his state security forces bequeath their legacies by not establishing accountability and by their perpetuation of the same pattern of rights abuses through Oplan Bayanihan,” she concluded. ###