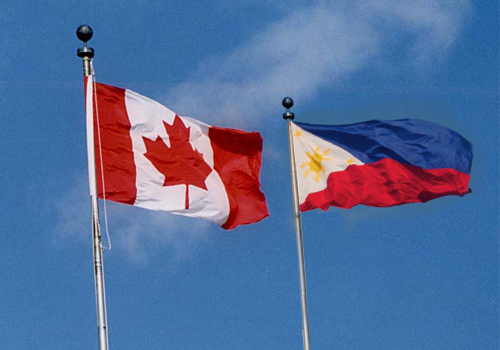 On December 30, 2020, during a joint police and military operation at Capiz, Panay Island and in Iloilo Province, nine leaders of the Indigenous Tumandok peoples were killed, and 17 residents were arrested. Prior to the massacre, the Philippine police and military authorities had been issued 28 judicial search warrants against supporters and party members of the Communist Party of the Philippines and the New People’s Army (NPA) rebels alleged to be in possession of firearms and explosives.

Based on these warrants, in the early hours of December 30, the police and military stormed residences in the Tumandok community and killed nine Tumandok leaders while they were sleeping.  According to local activists, the wife of one of those killed refuted that her husband was a member of the communist party or NPA, nor did he carry a weapon.  This is not the first-time civilians were made victims of extrajudicial killings by authorities. The Duterte government has become widely known for committing extrajudicial killings of people who oppose the government throughout the Philippines.

Canadian civil society organizations and churches deeply mourn the murdered Tumandok leaders and extend sincere condolences to the residents who had to start the New Year in fear.

The international community has called repeatedly on the Duterte government to put an end to extrajudicial killings as a serious violation of human rights.  Nevertheless, the extrajudicial killings have been ongoing, leading to this massacre of Indigenous peoples.   Canadian civil society continues to denounce the Philippine government’s extrajudicial murders and the anti-terrorism legislation (Executive Order 70 and Executive Order 32)  that support and encourage such actions by the police and military.

The massacre of Tumandok Indigenous leaders is a response to collective, community opposition to the “Jalaur Mega Dam project (Phase 2)”. Local residents who suffered both direct and indirect damage from the dam project have been opposing the construction, citing the risk of earthquakes, forced evictions, damage to ancestral graves, and violations of Philippine domestic and international laws.

Activists and local residents of the “People’s Action for the Jalaur River”, formed by Tumandok Indigenous people and others who have long opposed and resisted the Jalaur Dam project, visited Korea in April and December 2018 to provide information on the problems of the Jalaur dam and the damage done to the Indigenous people. In particular, they explained that the activists and Indigenous people opposed to the dam project are suffering from human rights violations due to the Duterte government’s “red-tagging”, and that there were even incidents of extrajudicial killings.

Foreign Governments and companies involved in the project should be aware of and take seriously, the present situation in which severe human rights violations by the Philippine police and military, including extrajudicial killings, are taking place. Under the pretext of protecting the dam project, armed state troops have been stationed in the Indigenous people’s residential areas. Indigenous leaders who oppose the project are being killed, causing the residents to leave their villages out of fear.

In 2017, the UN Committee on Economic, Social and Cultural Rights expressed its concern regarding the documented cases of human rights violations in the Philippines resulting directly from operations of multinational companies, and recommended that public financial institutions link the provision of loans and grants to companies and projects to human rights requirements.

Canadian civil society has written repeatedly to the Canadian government to raise concerns about human rights violations, “red-tagging” and extrajudicial killings with the Philippines government and authorities.  In particular, we have raised concerns about attacks and violations against the rights of Indigenous peoples in the Philippines, including their right to Free, Prior and Informed Consent (FPIC).

At this time, we write with serious concern about the current situation of Indigenous peoples who oppose the massive dam development projects in Panay, including the Jalaur Dam project, and are being threatened and killed by Philippines State authorities. It is an established international human rights principle to seek prior consent from Indigenous peoples for a development project on their territory, and to respect their tradition and culture. We strongly condemn the Duterte government’s continued enforcement of anti-human rights policies, and urge the Canadian government to

International Coalition for Human Rights in the Philippines – Canada

Ontario Committee for Human Rights in the Philippines