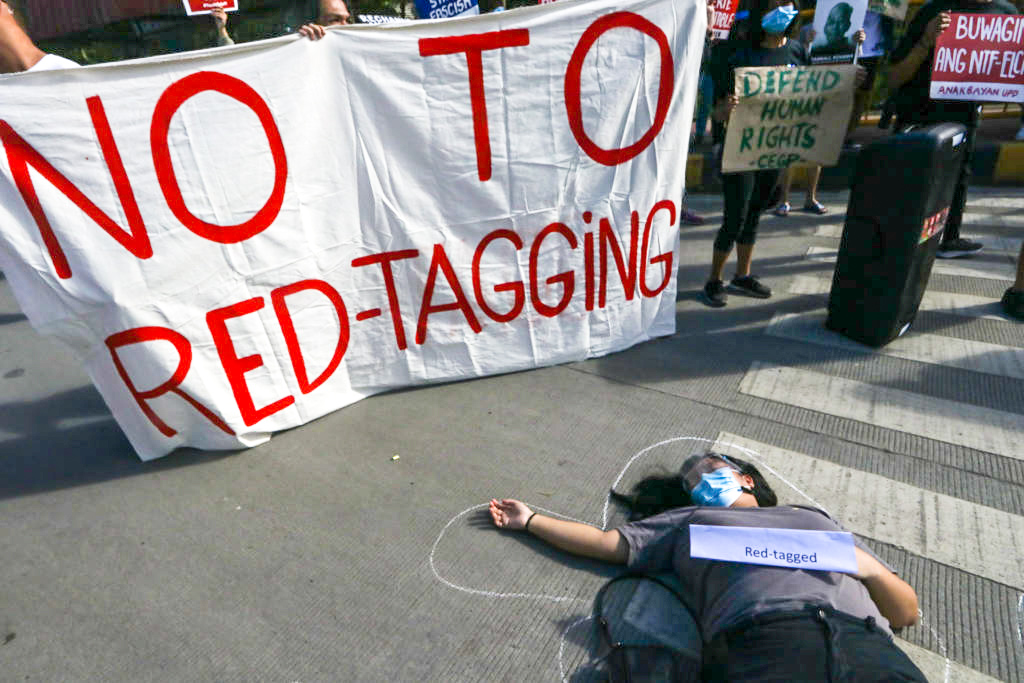 On the night of January 2, in Sta. Rita town, Pampanga, Federico Pineda, a construction worker who was celebrating his daughter’s seventh birthday was shot dead by a police officer after being mistaken for a robber.

According to the International Coalition for Human Rights in the Philippines (ICHRP) the new year 2021 in the Philippines heralds more targeted state political killings, massacres, continuous police killings of the poor, and a threat of mass arrests of leaders and members of red-tagged organisations.

“Donald Trump, with his blatant assault on the US Congress on January 6, 2021, has demonstrated what happens when impunity is the rule of the day. The international community must act against impunity of state actors in the Philippines to stop a greater tragedy unfolding in this nation which once fired the global imagination with the “people power” removal of the Dictator Marcos in 1986,” said Mr Peter Murphy, Chair of the International Coalition for Human Rights in the Philippines today.

On October 7, 2020, the United Nations Human Rights Council took at face value the Duterte government’s claim that it was defending the human rights of the Filipino people and offered technical cooperation. By this decision, the Human rights Council chose to ignore the recent enactment of a new Anti-Terrorism Act, and the targeted assassinations of Randell Echanis and Zara Alvarez in August 2020 and the continuing murders of poor people for allegedly using or dealing in drugs.

On December 9, the Duterte government’s new Anti-Terrorism Council – an appointed executive body – designated the Communist Party of the Philippines and the New Peoples Army as “terrorist organizations, associations, and/or groups of persons”.

On December 15, at around 5.30pm, Dr Mary Rose Sancelan, and her husband Edwin were shot dead at Brgy. Poblacion in Guihulngan City. Dr Sancelan was the head of the Inter-Agency Task Force on Emerging Infectious Diseases (IATF) in the city, which handles the government response on the coronavirus disease (COVID-19) pandemic. She had been included in the “hit list” of the anti-communist group Kagubak, which made the absurd allegation that she was the spokesperson of the Leonardo Panaligan Command of the New People’s Army in Central Negros.

On December 17, five farm workers in Barangay San Juan, Baras, Rizal, were gunned down and mutilated by combined police and military forces. They were caretakers and workers at a private mango farm but Local Government and Interior Secretary Eduardo Ano red-tagged them suspected members of the Communist Party of the Philippines and members of the New People’s Army, killed in an encounter.

On the evening of December 20, Sonya Gregorio, 52, and her son Frank, 25, were shot point blank by Police Senior Master Sergeant Jonel Nuezca in Tarlac. They were neighbours. The shooting was captured on video and went viral on social media. The perpetrator was arrested, since his crime was captured on video, however, two previous administrative charges against him for murder had been dismissed for lack of evidence, and he had been allowed to carry his firearm off-duty.

On December 30, at 4am, nine leaders of the Tumanduk indigenous people on Panay Island were brutally massacred by Region 6 police and elements of the 12th Infantry Battalion, and 17 others were arrested in separate police raids. Their organisation was opposing two dam projects. The leaders had previously refused to declare that they would “surrender” as NPA members and been warned that they would be arrested under the Anti-Terrorism Act.

“Impunity and, red-tagging and systematic state murder are the order of the day in the Philippines, and it will only get worse with the terrorism designation of the CPP and NPA,” said Mr Murphy. “This designation will now extend to any organisation or individual calling for urgent economic and social reforms in the poverty-stricken Philippines.

“The shocking December 10 raids on Metro Manila trade union leaders will be a model for systematic raids on hundreds more organisations unless the international reaction can constrain the government,” Mr Murphy concluded.#