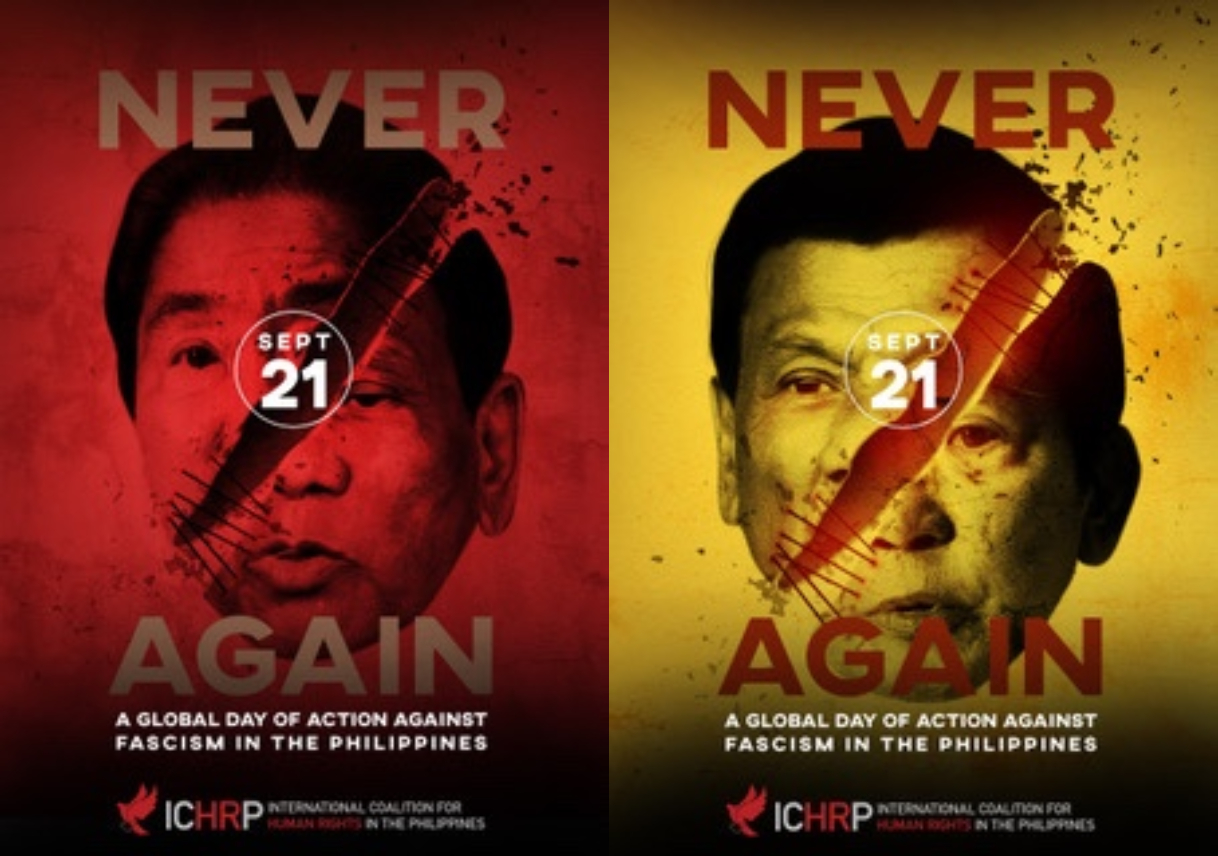 On the 21st of September 1972, Proclamation No. 1081 suspended the Constitution and dismantled the Congress as Marcos assumed both legislative and executive powers. The martial rule lasted a 14-year period in Philippine history and is responsible for thousands of cases of killings and human rights violations, for most of which no justice was served. And 49 years later the Filipino people suffer through another nightmare of tyranny and oppression.

Under the US-Duterte regime, martial law was declared in Mindanao four years ago leading to an alarming increase in human rights violations. Hundreds of thousands of Moro people were displaced and turned into refugees by the wanton bombing and destruction of Marawi City at the hands of the Philippine Army. Indigenous people’s schools have been shuttered and their communities remain under attack and occupation by the Philippine Army. While peasants in Negros and Panay islands are being arrested and massacred as they defend their right to till and their ancestral domain. In the cities, Duterte has unleashed a war against the poor through his drug war which has now claimed more than 27,000 lives including children. Worse, the country is now one of the most dangerous places in the world for human rights defenders.

Now, ICHRP is calling all its members across the globe and appeals to other groups and individuals in the international community to join the Global Day of Action Against Fascism in the Philippines.

We appeal for your support, be it in the form of solidarity messages or activities by your organizations. Protest actions in front of the Philippine embassies and all kinds of mass assemblies will send a clear message of solidarity with the Filipino peoples’ struggle against the tyrant Duterte.

Please let us know your response/plans, send them to the Global Secretariat at [email protected]