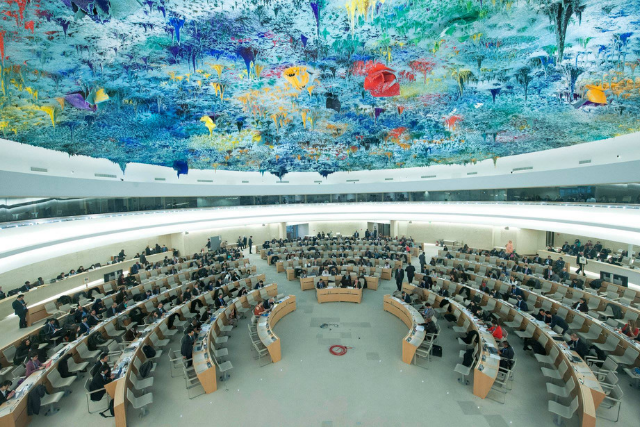 In a video oral intervention submitted to the United Nations Human Rights Council (UNHRC) during its 48th Session, ICHRP Chairperson Peter Murphy called on the UNHRC to take decisive action against human rights violations in the Philippines.

The full text of the video can be found below:

I welcome the High Commissioner’s oral update on the Philippines. Our Investigate PH project has now presented three reports to the Council which expose the Duterte government for brazen violation of the collective and individual human rights which his government claims to uphold.

The most important of these rights are to self-determination, development, and peace. But the Duterte government has reduced spending on health, education, housing, and welfare. Landlessness is a scourge, unemployment has increased, poverty has widened, inequality has deepened.

The Duterte government has increased spending on the military and police to prosecute internal wars on the poor, on dissenters, and on the Moro people in Mindanao. These wars have killed tens of thousands of Filipino civilians and internally displaced hundreds of thousands more. Women, children, and indigenous people have especially suffered.

When Filipinos protest and assert their rights, their civil and political rights are crushed by deadly force. Far more decisive action is needed by the Human Rights Council, and by the international community as a whole, to uphold the fundamental human rights of the Filipino people, which are universal rights.