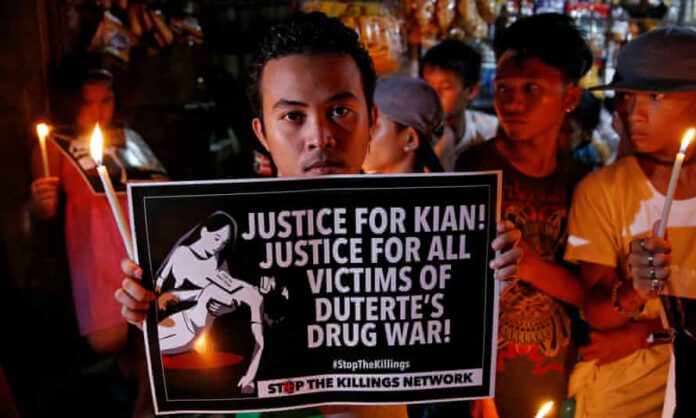 The International Coalition for Human Rights in the Philippines (ICHRP) strongly upholds the drug war victims’ call for the full investigation by the International Criminal Court (ICC) into the crimes against humanity of the Duterte administration and his “war on drugs”.

In a report posted online by the ICC Registry, 192 out of 204 representations, or 94%, of the representations on behalf of 1,530 individuals and 1,050 families of victims of Duterte’s drug war want the ICC to investigate the drug war campaign.

“This is a staggering support from the victims’ families. We can no longer ignore the fact that these families want justice for their loved ones,” ICHRP Global Chairperson Peter Murphy said. Out of the 204 representations, only five did not want to proceed with the investigation due to fear of retaliation and did not want to relive their experiences.

“But this doesn’t mean that they don’t want justice,” Murphy added. “We respect their decisions, but at the same time, we still call for justice even for those who do not want to proceed with the investigation.”

The ICC Registry Report noted the following crimes against humanity in the context of the war on drugs: murder (181), attempted murder (8), imprisonment or other severe deprivation of liberty (54), rape and other forms of sexual violence (3), enforced disappearance of persons (28), and torture and other inhumane acts (103).

Most of the representations said that they also wanted the investigation to cover these crimes reported.

One of the main motivations for the representations to the ICC is the desire for a genuine investigation by an impartial international court.

“Without the ICC, many of the families would choose not to pursue any form of justice. The prospect of an ICC investigation has rekindled their hopes of achieving justice and surfacing the truth,” one of the representations said.

This is in complete contrast to Presidential Spokesperson Harry Roque’s claim on August 30 that the victim’s families can instead seek justice under Philippine laws. Furthermore, the palace spokesman even downplayed the report’s findings by saying that the ICC was only being used by staunch critics of the Duterte administration as a political tool.

But the findings of the Independent International Commission of Investigation into Human Rights Violations in the Philippines (Investigate PH) as reflected in their First and Second Reports clearly showed the flaws and failure of domestic remedies.

“ICHRP firmly believes in the impartiality of the ICC,” Murphy said. “We hope that the ICC heeds the call of these families to fully investigate the Duterte administration for these crimes against humanity so that, finally, justice may be served and impunity ended.” Murphy said.