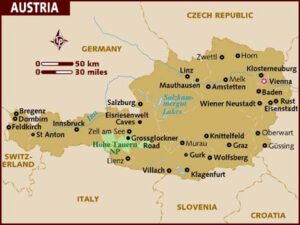 “Therefore is judgment far from us, neither doth justice overtake us: we wait for light,
but behold obscurity; for brightness, but we walk in darkness.” Isaiah 59:9

We at Migrante-Austria are much concerned about the human rights violations in the Philippines and  would like to bring to the attention of President Aquino the following:

Thirty nine (39) years after the declaration of Martial Law in our country, we still vividly recall the brutality of the Marcos regime „responsible for 3,257 murders, 35,000 torture cases and 70,000 incarcerations.”  The horror and the problem on human-rights violations persist through the governments that succeeded Marcos.

In fact, the horrendous massacre of 58 victims in the town of Ampatuan, Maguindanao that shocked the whole world two years ago, on 23 November 2009, is just the tip of the iceberg. Claiming the lives of at least 34 journalists, the massacre has been tagged by the Committee to Protect Journalists (CPJ) the single deadliest event for journalists in history. Today, the families, friends  and supporters of the victims  continue to pray and pursue necessary legal action in order to get justice and end  the culture of impunity prevailing in the Philippines. Court hearings on this case are proceeding at snail’s pace. It cannot be denied that the massacre reflects the violence engraved in our political system, where political warlordism and military partisanship have created this culture of impunity. It also lends proof of the existence of government’s official policy of allowing the burgeoning of private armies and the fattening of the military and police in the counter-insurgency campaign. These components are essential ones stipulated in Operational Plan Bantay Laya, which outlines the Arroyo government’s internal security plan. The same policy is being implemented by the Aquino government.

Various sectors of the Philippine society continue to be deprived of their basic rights to decent work, land, housing, food, social services, and of the right to fight for these rights without being persecuted.

– Indigenous Peoples’ (IPs) rights to ancestral land and livelihood are violated. The IP groups throughout the country are invariably displaced through military operations to give way to foreign mining, logging and energy projects. Nearly 600-thousand hectares of the 1.05-million hectares approved for mining as of June this year cover ancestral territories, spelling destruction of the fragile ecosystems on which the livelihood of the IPs depend.

– Students and alumni face persecution and political repression of legitimate expressions of dissent and acts of public service. For instance, artist Ericson Acosta, formerly of the State University’s College of Social Sciences, Philosophy and Political Science and the College of Arts and Letter, has been lumped together with common criminals in jail, since his arrest in February this year in Samarf or allegedly being a member of the New People’s Army.

– Human rights defenders and church leaders are vilified and become targets of state terror. On October 17, 2011, Fr. Fausto “Pops” Tentorio, a 59 yr-old Italian priest and missionary, became the 56th victim of extra-judicial killings under the Aquino administration. He was known for his active pastoral role with the tri-people communities of lumad, Muslims and Christians. His commitment to serve the disadvantaged and oppressed found expression in his advocacy on IPs’ and peasant struggle for land, environment and human

– The local labour forces are commodified and bought cheaply. They are exported as overseas Filipino workers (OFWs) to pump up the ailing economy and as payments of foreign debts, but their rights and benefits as workers and as human beings are utterly neglected. In most cases they are left to fend for themselves against physical abuse, sexual abuse, non-payment of salary, overworking by the employers and exploitation by recruitment agencies, political crises in their country of deployment.

– According to latest reports, there are 360 Political Prisoners in the Philippines; they come from various sectors of society — 34 are women and 77 incarcerated under President Aquino III. Political Prisoners are arbitrarily denied liberty and due process of law, charged with political offenses such as: rebellion, sedition and variations thereof. But  they are also slapped with murder, multiple murder, frustrated murder, arson, kidnapping, robbery in band, illegal possession of firearms and other non-bailable offenses. These fabricated charges stigmatize Political Prisoners as plain criminals guilty of most heinous crimes; in truth, their “crime” are but acts in furtherance of political beliefs, social aspirations and struggles against the exploitative and oppressive status quo.  These charges also serve to keep the Political Prisoners incarcerated, suffering torture and inhumane treatment while court hearings proceed also at snail’s pace.

In light of the above, we demand immediate action on the calls of the Filipino people:

Join us in a rally-demonstration in the front of Philippine Embassy in Vienna, Austria ( Laurenzerberg 2, A-1010, Schwedenplatz) on Friday, 18 November 2011, 15-16hrs.