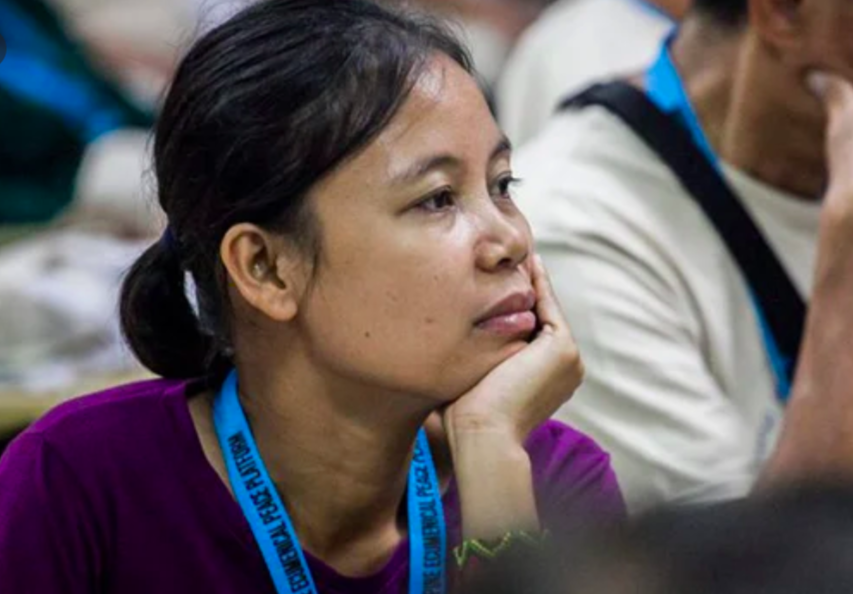 “We mourn the killing of human rights worker Zara Alvarez, a brave and staunch defender of farmers and Filipino rights,” says the International Coalition for Human Rights in the Philippines. The statement came after the murder of Alvarez by state death squad last August 17 in Bacolod City, Negros Occidental, Central Philippines.

“Human rights defenders, farmers, farmworkers and civilians are being slayed one after the other with brazen impunity. The Duterte government’s policy of political killing merits international condemnation. These are our colleagues and fellow human rights advocates who are being killed like cattle,” says ICHRP Chairperson Peter Murphy.

Zara Alvarez, 39, a local community health worker, paralegal for Karapatan – Negros Island and a single mother. Alvarez is the 13th member of the national human rights alliance, Karapatan, murdered under the Duterte government and the second case of political killing in just a week. It followed the assassination of peasant leader and peace consultant Randall Echanis last August 10.

Alvarez was one of the paralegals who helped bring the cases of human rights violations in Negros to the UN Human Rights Council. Last December 2019, a high-level delegation of lawmakers, church people, and trade unionists visited Bacolod City with the help of Alvarez who at that time was also a victim of harassment and red-tagging.

“This is so tragic. Zara was a brave defender of the poor and their rights. We witnessed in our visit in Negros her undeniable dedication to human rights work. We extend our condolences to the bereaved family and colleagues,” says ICHRP vice-chairperson Rev. Jeong Jin Woo who was part of the high-level delegation last December.

Following the visit, the high-level delegation made a submission to the Office of the High Commissioner for Human Rights (OHCHR) which released a comprehensive report last June 4 on the human rights atrocities in the country. The Report detailed: “OHCHR requested but did not receive Government figures on killings of human rights defenders, but credible civil society sources have compiled detailed lists documenting hundreds of killings. OHCHR has itself verified the killings of 208 human rights defenders, journalists and trade unionists, including 30 women, between January 2015 and December 2019.”

The High Commissioner’s report cited the dangers of public labeling and red-tagging in Negros. Alvarez’s name and photo appeared on public posters tagging her as a terrorist. Now, Alvarez is the fifth person on the poster to be murdered. The other murder cases remain unresolved – activist Haide Flores, lawyer Benjamin Ramos Jr., city councilor Bernardino Patigas and lawyer Anthony Trinidad.

“We invite everyone to condemn the ongoing crackdown against activists and civilians in the Philippines. Let us honor Zara and the hundreds of slain community leaders by incessantly seeking justice and accountability. We are one with the Filipino people in this battle against tyranny,” says Murphy. A global day of action for Justice for Alvarez and all victims of extrajudicial killings takes place today, Wednesday, August 19. #