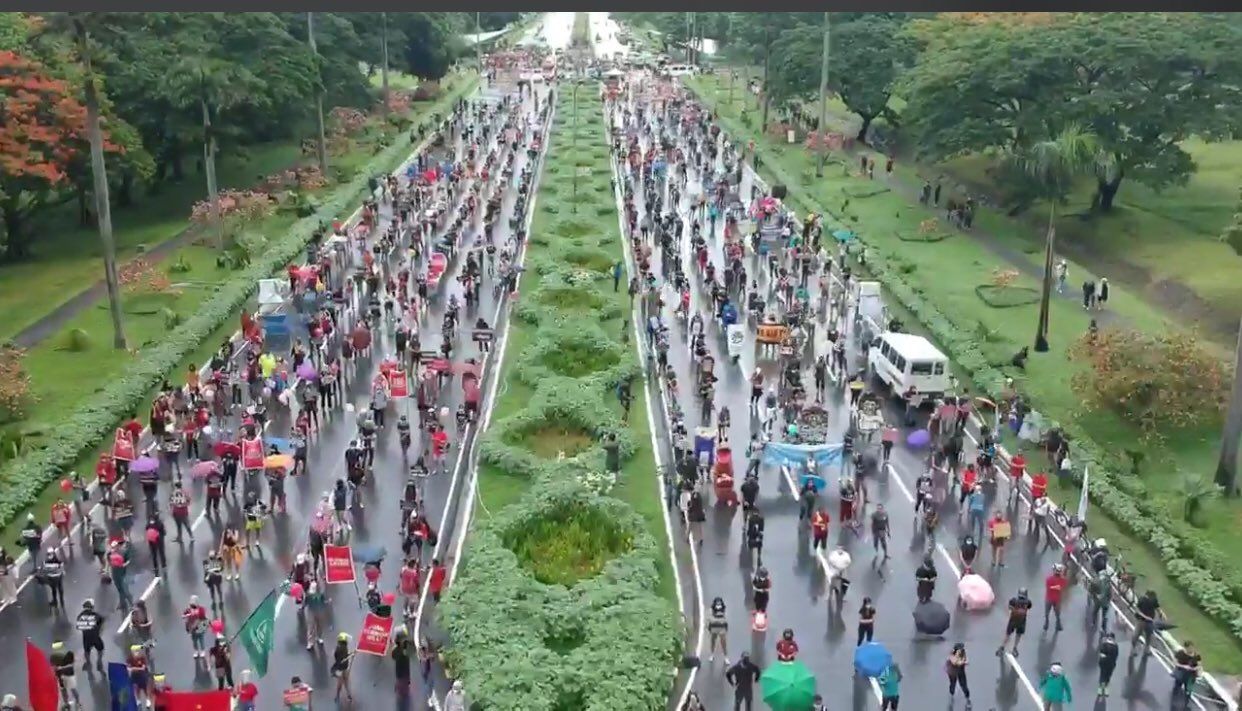 On the occasion of the 122nd Philippine Independence Day, the International Coalition for Human Rights in the Philippines (ICHRP) challenged President Rodrigo Duterte himself to abide by the United Nations High Commissioner for Human Rights Report on the Philippine human rights situation. The statement came after the response of Philippine official Presidential Spokesperson Harry Roque saying that the UN report is premised on “faulty conclusions” while denying the rights violations listed in the report.

“If President Duterte wants to avoid a backlash from the international community, he needs to respond positively to the UN Report. We are reminding him that the world is watching and that it will be in the interests of Philippine democracy that he pulls back his repressive policies,” says ICHRP chairperson Peter Murphy.

The UN report released by High Commissioner for Human Rights Ms. Michelle Bachelet was handed down just as the Philippine Congress passed the Anti-Terrorism Bill. The proposed law authorises a military council, in effect bypassing the judicial system, to order the warrantless arrest of suspected “terrorists.” Anyone the military council arrests can be held for up to 24 days without charge or being presented before a judge. The legislation now awaits the signing of President Duterte and in 30 days will become national law with or without his signature.

ICHRP has already stressed that this new law is in blatant conflict with the Philippine Constitution and will lead to an erosion of freedoms and liberties of Filipinos which are inalienable, guaranteed by the Universal Declaration of Human Rights and other internationally agreed-upon instruments to which the Philippines is a signatory.

“We are challenging the Philippine government to abandon the Anti-Terrorism Bill and instead to prioritize programs that will address the needs of Filipinos in the time of the global pandemic. One important outcome of Ms. Bachelet’s report could be the decision by President Duterte to put this bill aside, never to be enacted,” says Murphy.

The Philippine government revealed that there will be no more emergency cash aid for low-income families starting June 2020. The confirmed COVID-19 cases for June 11 have ballooned to 24,174 with 1,036 documented deaths according to the country’s health ministry bulletin. Leading university experts projected that coronavirus cases could reach 40,000 by June 30.

In the 122nd commemoration of the declaration of Philippine independence, ICHRP reasserts the plea of the families of political prisoners — ”set them free”. More than 600 political detainees are languishing in jails plagued with coronavirus outbreaks. “By releasing political prisoners on humanitarian grounds, the government and its judicial leaders can still show the world that there is justice in the Philippines,” says Murphy.

According to ICHRP, these are civilians, Filipino farmers, unionists, indigenous peoples and human rights defenders jailed under trumped-up charges. If there are no immediate steps made for their release, the Philippine government will be condemning them to their death sentence in these virus-stricken facilities.

No political prisoner has been released as of this statement. The renewed call came after news of 745 prisoners and 125 personnel in Philippine jails have tested positive for coronavirus. Last month ICHRP raised concerns of underreporting of COVID-19 cases in detention facilities together with prison deaths not fully reported.

A 61-year-old farmer leader Adelaida Macusang died while awaiting trial last May 4 in Tagum City, Southern Philippines. While the immediate cause of Macusang’s death was kidney failure and cardiac arrest, there was no COVID-19 testing conducted on her body. She is one of the sickly and elderly who are most vulnerable to the virus seeking humanitarian release.

Today in the Independence Rally in Manila, a message of solidarity from ICHRP chair Peter Murphy to the Filipino people was conveyed saying: “ICHRP joins with you in your effort to achieve genuine independence based on the will of the people and the unity of the people in their effort for equality, justice and peace.”

The International Coalition for Human Rights in the Philippines is a global network of organizations concerned about the human rights situation in the Philippines and committed to campaign for just and lasting peace in the country. #