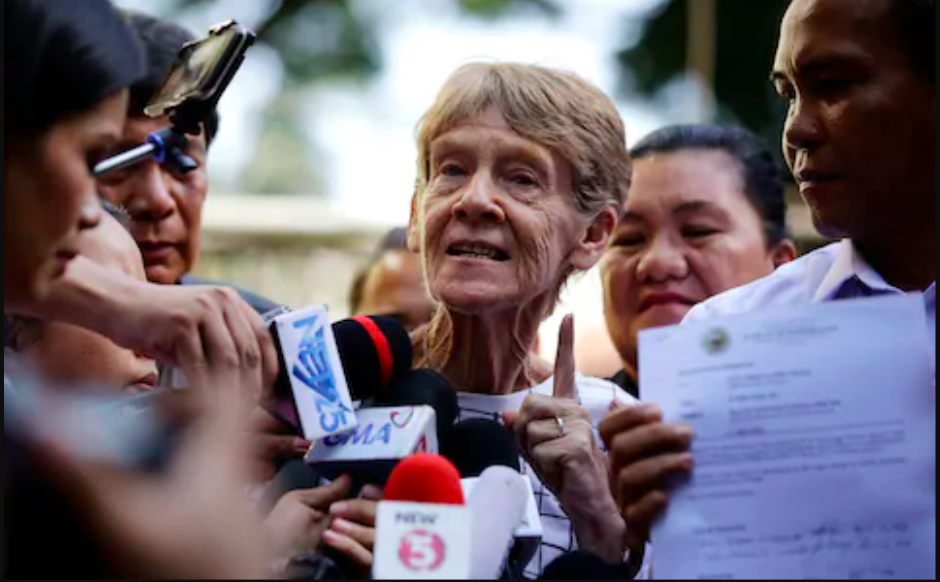 INTERNATIONAL COALITION FOR HUMAN RIGHTS IN THE PHILIPPINES – AUSTRALIA

We have protested the growing militarization of the Philippines and the institution of laws, programs and policies which have all moved the country to de facto martial law for some time now.  We deplore that the Duterte Regime has been using Covid-19 as a means of furthering his aims to implement de facto martial law throughout the country. He has already issued a memo to this end.  Through “Oplan Kapanatagan” and Executive Order 70  (E.O.70), the Duterte regime has been on a systematic path of labeling any groups who would organize for their rights as “leftists” and “communists”, which has resulted in many extra judicial killings and an increasing number of political prisoners.  Even people here in Australia have been targeted through a visit of General Parlade. Recent pronouncements of the President red tagging among others the Alliance of Health Workers, Federation of Agricultural Workers (UMA), Peasant Movement of the Philippines (KMP), National Fisher Folk’s Organization (Pamalakaya) and the National Human Rights Group, Karapatan, reflect his desire to crush any opposition.  Instead of waging an “all-out war” against the virus through improved health facilities, and increasing testing and protective equipment for front line workers, he has preferred to increase militarization.

We are concerned that despite the call of the UN Human Rights Commissioner and even the advice of a Senate Committee as to release prisoners most vulnerable to be infected by the virus, including political prisoners, this has been ignored.  A Petition to the Supreme Court asking for the release of elderly, pregnant and sick political prisoners has even been blocked by Solicitor General Caleda.

Instead of showing compassion for the poor who have breached lock down orders, people who are hungry or unable to stand the heat in their overcrowded shanties, he has given permission of “shoot to kill”.  In fact, an ex-military suffering PTSD was recently killed despite the pleas of family and neighbours that he was not of sound mind.  Others are arrested adding to the overcrowding of the jails where cases of Covid-19 have already been detected and there has already been a death.  Human rights are totally being denied by many of those enforcing the lock down.

Moreover, he has banned organisations other than Government agencies from delivering relief.  Even local Government Agencies are admitting they cannot provide for all their constituents.  Yet recently a group organized by various peasant organizations was arrested when they were delivering relief to agricultural workers who were hungry and had received no relief.  The group had all the relevant permits and adhered to mask wearing and distance policies.  Yet they were detained for 3 days and are now on bail. It seems the group were also carrying a newspaper, Pinoy Weekly, which contained a critique of the government handling of the virus situation.

Together with another journalist who was arrested for a blog critizing Duterte for his militarist approach to a health program, they are just signs of Duterte’s intent to crush all civil society organisations and individuals who have an independent voice or even who are ready to risk their own health and safety by collecting and delivering relief to those most in need.

We therefore call on the Duterte Government to:

·         end the suppression and red tagging of legal and democratic organisations,

·         improve health facilities and increase the protection of health workers,

·         allow the civil society groups to provide support to the poor and in distress,

·         respect human rights and drop charges against those who were bringing relief, and

·         release political prisoners, especially those who are the most vulnerable.

We call on the Australian Government to stop military aid to the Philippines, especially as the country moves closer to declaring martial law.

We ask our Australian friends to join our call: