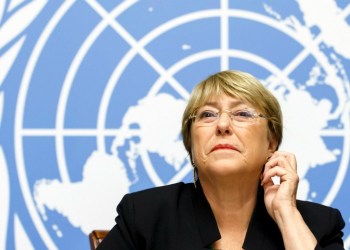 We are profoundly shocked but not surprised that Philippine National Police and Army units killed  nine unarmed civilian community leaders in the pre-dawn of Sunday March 7, 2021, in the provinces  of Cavite, Laguna, Batangas and Rizal, to the south east of the capital Manila. Along with Quezon  Province, these locations make up the CALABARZON Region, which has been the focus of several  decades of industrial development, and where the labor movement, farmers and fisherfolk are well  organised.

CALABARZON is within the Southern Luzon Command of the Philippine Army, under the command of  Major General Antonio Parlade Jr, who is also Spokesperson of the National Task Force to End Local  Communist Armed Conflict. NTF-ELCAC was established in December 2018 through Executive Order  70, and has the authority to engage all government departments and agencies in a “whole-of nation” effort to crush the armed opposition. However, its main focus has been on civilian critics of  the government whom it routinely and vigorously tags as communist or terrorist.

Just prior to this massacre, which has been dubbed “Bloody Sunday”, President Duterte gave a  speech in Cagayan de Oro, Mindanao, where he told his audience from the police and the army, “Kill,  kill them all. Finish them. Don’t mind human rights.” He was referring to communist rebels, but he  has many times asserted that trade unions, peasant organisations, women’s organisations, and  indigenous communities are rebels, terrorists or communists.

In the pre-dawn hours of March 7, 2021, the police and military served a total of 24 search warrants  in the Calabarzon region, leading to the nine deaths and six arrests. The backdrop is the Duterte  administration’s crack down on groups allegedly associated with the Communist Party of the  Philippines.

1. Emmanuel Asuncion of Bagong Alyansang Makabayan (New Patriotic Alliance – BAYAN) Cavite.  He was shot dead in the office of the Workers Assistance Centre, Dasmariñes, Cavite. There was  no evidence of a “search”.

2. Fisherfolk defenders, the couple Chai Lemita-Evangelista and Ariel Evangelista of Ugnayan ng  Mamamayan Laban sa Pagwawasak ng Kalikasan at Kalupaan (People’s Organisation Against  Destruction of Environment and Land – UMALPAS-KA) were killed in Nasugbu, Batangas. Their  10-year old son reportedly hid under a bed and witnessed the killing of his parents. The couple  had been sleeping in a hut near the shore in Barangay Calayo when they were raided by the  police. Their neighbors heard screams and pleas. Their bodies were quickly picked up by the  police, according to a report by trade union federation Pamantik-KMU.

5. Siblings Abner Esto and Edward Esto were also members of SIKKAD-K3. As of Monday 7 pm, the  bodies are not found at the time of writing this letter.

6. Members of the Dumagat tribe Puroy dela Cruz and Randy “Pulong” dela Cruz were killed  between 3am and 4 am. They are both activists with the group Dumagat Sierra Madre, which  advocated for the rights of indigenous peoples. The Dumagats are a major and semi-nomadic  indigenous group in Calabarzon, estimated to number around 30,000.

Puroy’s wife, Minda dela Cruz, said she was ordered by police to leave their house while Puroy  stayed inside. Outside, she heard 4 gunshots. She saw Puroy dead inside after.

Pulong’s wife, Violy dela Cruz, said that an “armed group” barged into their home. Violy was  ordered to leave their home too and told to stay away, around “50 meters” from their house. Still, Violy heard consecutive gunshots and found Pulong dead.

Six other leaders were arrested. Three of them are:

3. Nimfa Lanzanas, 61, a Karapatan paralegal to political prisoners and member of Kapatid – Timog Katagalugan, Nimfa’s son, Edward, has been in jail since 2014 on similar trumped-up  charges.

The March 7 search warrants had been issued by Executive Judge Lorenzo Dela Rosa of the Manila  Regional Trial Court Branch 4.

While Justice Secretary Menardo Guevarra was asserting to the United Nations Human Rights  Council on February 24, 2021, that Philippine domestic remedies work to uphold the human rights of  its citizens, security forces in Southern Luzon were organizing these murders.

We urge your Office to condemn these recent developments, which demonstrate an intensified  state repression in the Philippines, the opposite of a state whose domestic institutions uphold  human rights.