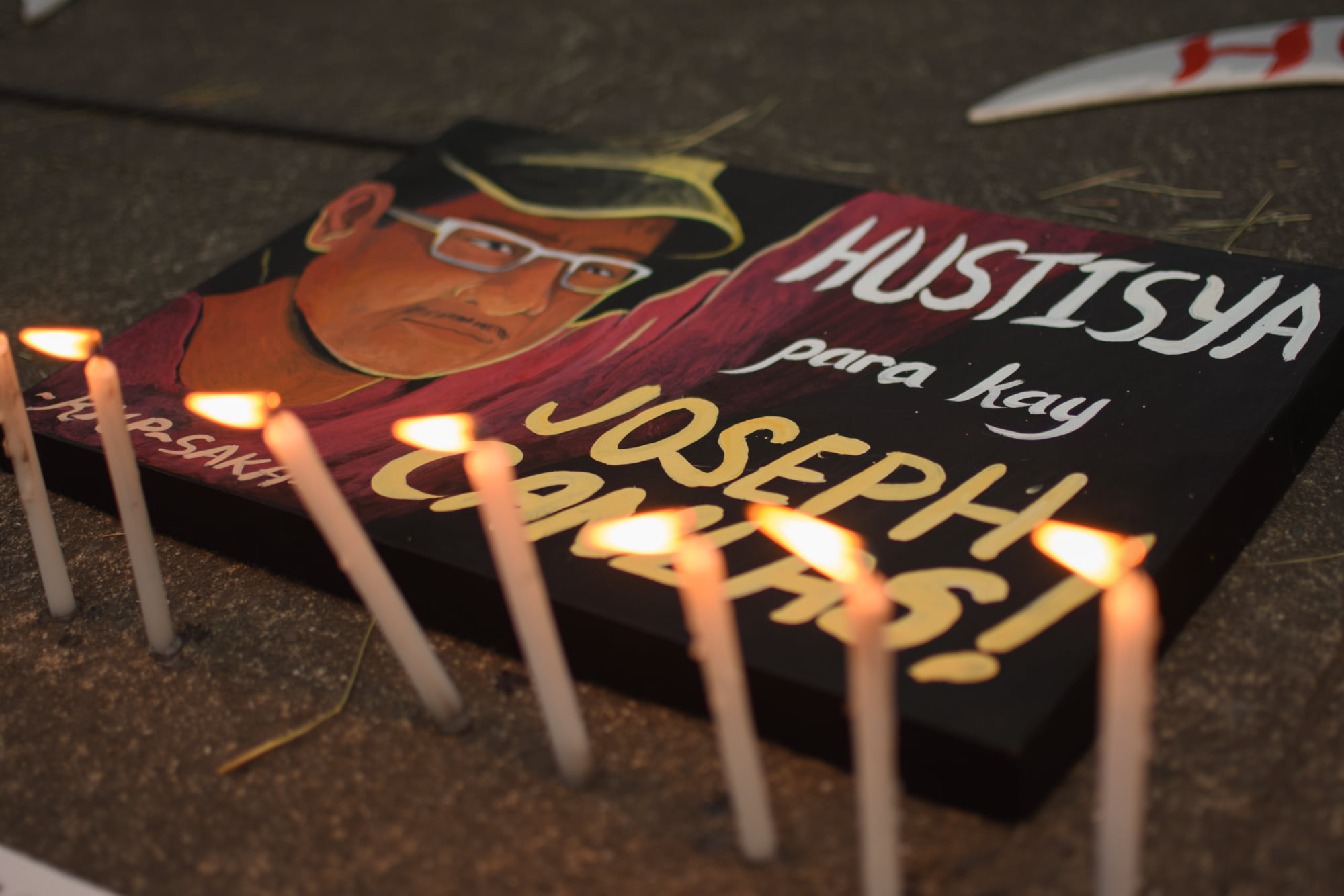 The International Coalition for Human Rights in the Philippines (ICHRP) joins the Filipino and international communities in grieving the death of political prisoner Joseph Canlas, 59, who passed away this Tuesday, May 11, in an Intensive Care Unit in San Fernando, Pampanga, the Philippines. He had been admitted to the hospital on May 7 due to difficulty breathing, and had subsequently tested positive for COVID-19.

Canlas was a long-standing peasant leader, and was serving as the Vice Chairperson of Kilusang Magbubukid ng Pilipinas (Peasant Movement of the Philippines) at the time of his death. He was also the Chairperson of Alyansa ng mga Magbubukid sa Gitnang Luson (Peasants’ Alliance of Central Luzon). Canlas was among those arrested pre-dawn on March 30 in a series of coordinated police and military operations against activists. The arrested peasant leader had asserted that the guns, ammunition, explosives, and other so-called evidence seized during the raids had been planted against him. On April 15, Canlas was moved to Angeles City Jail, Pampanga, where he was detained until he ultimately contracted the COVID-19 virus.

The arrest and detention of Joseph Canlas reflect a broader intensification of attacks on people’s organizations and activists under the Duterte administration. With the passing of the Anti-Terror Act in 2020, cases of harassment, illegal arrest, and killings by police and military forces have increased dramatically. So-called “counter-insurgency” operations empower the security forces to use every level of administration to crack down on legal-democratic organizations of peasants, workers, youth, women, and more. Joseph Canlas was among the over 600 political prisoners currently detained in the Philippines, many of whom are at great risk of contracting the COVID-19 virus, among other health concerns.

Through Investigate PH, the independent international human rights investigation being carried out by civil society organizations, we hope that the full scope of the human rights situation in the Philippines will be exposed. In the wake of intensified state terror, ICHRP calls on civil society and all freedom-loving peoples of the world to support Investigate PH, and in particular to pay attention to the results of its upcoming Second Report, which will provide a thorough investigation and analysis of the war on dissent in the Philippines, among other topics.

ICHRP calls on all governments and intergovernmental bodies such as the United Nations Human Rights Council to hold the administration accountable for its continued violations of people’s rights and of international humanitarian law.