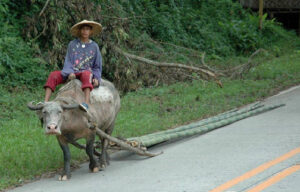 http://katutubongmamamayan.org/node/364, October 19, 2012 – The Kalipunan ng mga Katutubong Mamamayan ng Pilipinas (KAMP) condemns the massacre of a Blaan family in the Sagittarius Mines Inc (SMI) mine site in Tampakan, South Cotabato. Piya Macliing Malayao, KAMP spokesperson, described the killings as “barbaric, and their killers are the most brutal.”

Elements of the 27th Infantry Battalion (IB) of the Armed Forces of the Philippines strafed the hut where Juvy Capion, 27, and her three children were resting. The gunfire killed the pregnant Juvy and her children Janjan, 7, and Pop, 13. Her daughter, Vicky, 5, was wounded.

“This act of brutality against the most vulnerable sector, indigenous women and children reflects the mindset of the Aquino administration that allows this kind of violence to persist and go unpunished.” Malayao said. “It is also shows how the State violates the people’s rights in favor of big business, especially large-scale and foreign-owned mining.”

The KARAPATAN-Socsksargen report said that after the strafing, the 27th IB laid the dead out in the sun to coerce Jovy’s husband, Dagil Capion, to surrender. Dagil is a tribal leader of the Blaan community resisting the entry of Sagittarius Mines Inc, and has gained the bile of the mining company and their security forces.

“The Blaan declared pangayaw or tribal war against SMI in June”, says KAMP. “It is entrenched in the culture of the indigenous peoples to defend their land and life. For centuries, we  defended our lands against the plunder of our territories and the killing of our people. SMI is a threat to the way of life and the survival of the Blaan people. The pangayaw being waged is just,” Malayao claimed.

In waging the pangayaw , the tribesmen  attacked  SMI’s security, machines, and equipment this year. SMI’s Tampakan Project is poised to displace 30,000 Blaan peoples out of their ancestral territories.

“However, the merciless murder of the unarmed and children are inexcusable. The military  act as the security force of foreign business and interests, and not of the people.” Malayao maintained.

Malayao also shared that the Bong Mal community, the base of resistance against large-scale mining in the area, has  continually been in the receiving end of human rights violations for years since mining companies encroached in their ancestral territory. “Dagil is the nephew of Blaan leader Gorelmin Malid, who was slain back in 2002. This resistance and defense of ancestral lands runs throughout families. By the action made by the AFP , and the persistence of  SMI to mine their lands, this tribal war will run through generations.”

KAMP claims that the three killings raised the death toll of indigenous peoples under Aquino to 28.

According to KAMP data, just last October 13, 2012 another indigenous leader, Gilbert Paborada was killed. He led his people against the entry of A. Brown Palm Oil Plantation in Opol, Misamis Oriental. “The trend of killings is indicates the determination of the Aquino government to sell-out our resources to foreign investors despite the strong opposition of ingenous peoples,” Malayao declared.

KAMP demands the immediate pullout of military forces in indigenous communities, and justice and indemnification for the extrajudicial killings.

“The killings seeks to weaken the defense of indigenous peoples  to their  lands.  The State’s systematic persecution and violation of our rights only intensified our peoples resistance against plunder and repression,” Malayao asserted.