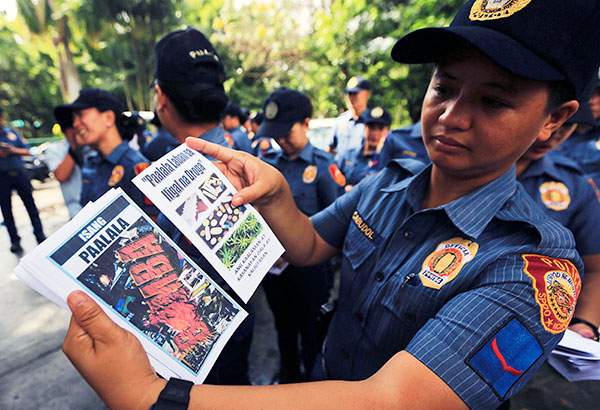 “The February 24, 2021, resolution by 47 senior police and government officials in the Cordillera Region calling for the notorious ‘Oplan Tokhang’ to be deployed against ‘known left-leaning personalities in the government, media, and other entities’ demonstrates that the Duterte government is brazenly defiant of its human rights obligations”, said Mr. Peter Murphy of the International Coalition for Human Rights in the Philippines (ICHRP).

This Resolution was made at the same time that Justice Secretary Guevarra was telling the United Nations Human Rights Council that “the PH strongly emphasizes its legal and judicial system, its domestic accountability mechanisms are functioning as they should.”

“The international community must know that ‘Oplan Tokhang’ is the method used by police to kill tens of thousands of civilians in the mis-named ‘war on drugs’ over the last five years,” said Mr Murphy. “This Resolution demonstrates that the Philippine state is planning to systematically kill its civilian critics. It is not ‘knock (on the door) and plead’, but kick in the door and shoot.

Last December, the International Criminal Court’s (ICC) Office of the Prosecutor said there is a “reasonable basis” to believe that crimes against humanity were committed in the Duterte administration’s drug war policy.

The ICC identified ‘Oplan Tokhang’ as a way for authorities to kill civilians through a drug watch list wherein “some of those targeted also included persons who had previously ‘surrendered’ to the police.

In the ‘war on drugs’, local government officials are required to provide lists of residents allegedly using or dealing drugs, or just ‘troublemakers’. These lists are provided to the police, who then eliminate the targets without any regard to due process. Local government officials switch off CCTV on the nights of these police raids. In the one case where two police were prosecuted for murder – that of 17 year-old Kian De Los Santos – in August 2017, the Barangay Captain had failed to switch off the CCTV.

The Cordillera officials decided that “this resolution be elevated to the Regional Peace and Order Council for their concurrence and adoption and convince local government units (LGUs) to support this and be brought to the attention of all governors and Mayors in the Cordillera Region”.

“While the bureaucratic machine tries to bring together all the elements for this program of civilian repression, there is time for the international community to say no, and they can say it now at the 46th Session of the UN Human Rights Council,” said Mr Murphy.

When the media revealed this resolution last week, the Cordillera Regional Director of the Commission on Human Rights, Atty Romel Daguimol, withdrew his signature, declaring that the resolution was in conflict with CHR policy. “We continue to stand that activism is not a crime. People should be free to express legitimate dissent and grievances for the government to act on.”

“The other 46 police and other government officials must likewise withdraw their signatures,” said Mr Murphy.

“ICHRP strongly supports the many statements coming from media organisations, the National Union of Journalists, the Karapatan alliance for Peoples Rights, and members of Philippine Congress who condemned the resolution, and who uphold the basic democratic and human rights of the people despite the massive threats they have to endure under the Duterte government”, Mr. Murphy concluded.#