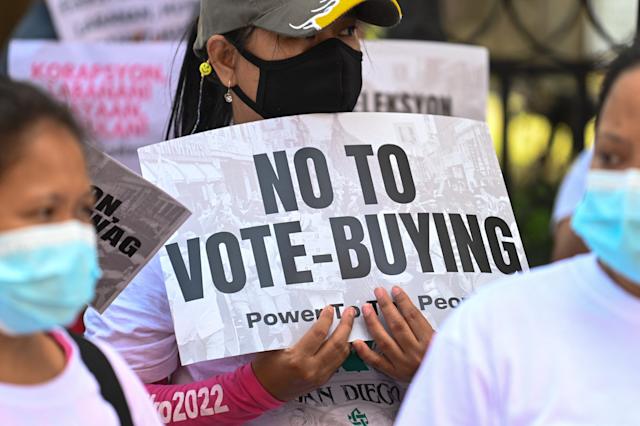 Note: the Interim Report of the International Observers Mission is available now, and can be read here.

The International Coalition for Human Rights in the Philippines began monitoring the recent Philippine election from the kick-off of the campaign in February 2022. The Philippine Election 2022 International Observer Mission (IOM) was recommended by the Independent International Investigation into Human Rights Violations in the Philippines (INVESTIGATE PH). The IOM placed observers on the ground from the first week of April. They meticulously documented the unfolding campaign, the vote and the aftermath in Central Luzon, National Capital Region (NCR), Southern Luzon, Central Visayas, Western Visayas, and Mindanao.

IOM Commissioner and Belgian Parliamentarian Séverine De Laveleye said, “These elections are extremely important to both the international community and the Filipino people, but sadly the outcome suggests a continued drift towards repression, state impunity and state terror”.

“These Philippine National Elections 2022 were not free and fair. They were marred by a higher level of failure of the electronic voting system than ever before, along with rampant vote-buying, disturbing levels of state and military orchestrated red-tagging of candidates and parties including numerous incidents of deadly violence,” said Ms De Laveleye.

IOM Bulletins recorded that the main opposition candidate Leni Robredo was strenuously red-tagged. Another Presidential Candidate Leody De Guzman was the victim of a strafing attack at a campaign rally in Mindanao. Many campaign activists were arrested on false charges. Large numbers of voters were unable to cast their ballots. Vote-buying was widespread. Many found their names were no longer on the voter roll, and many had to trust that election officials would later put their marked ballot paper through a Vote Counting Machine (VCM) because of the breakdown of the voting machines.

The May 9 election did not meet the standard of “free and fair” because voters were denied access to reliable information, access to the voting places without intimidation, and a credible vote counting system. The IOM reported election-related violations of human rights from March 15, noting the first political killings related to the elections took place in Sorsogon, Bicol Region, on January 15.

The elections took place in the most repressive atmosphere seen since the time of dictator Ferdinand Marcos. The Duterte government has orchestrated state terror, marshalling the entire machinery of the state, including the judiciary, the military and police, the departments of education, social welfare and local government, in a war on dissent which continued through the entirety of the election campaign.

The results of the election are a worst-case scenario for the Filipino people and for the international community. The President-elect, Ferdinand “Bongbong” Marcos Jr., says that his father’s legacy of dictatorship were “golden years”.  Marcos Sr.’s 14-year military dictatorship ended in the 1986 People Power uprising. The Marcos family is estimated to have stolen more than US$10 billion from the Philippines of which only a small portion was ever recovered. Bongbong and running mate, Vice President-elect Sara Duterte, represent a political marriage of the families of the worst human rights violators in Philippine history.

“Our concern is that the declared Marcos-Duterte victory will continue to provide legal and legislative cover for past and future human rights violations, economic plunder and crimes against humanity,” said IOM Commissioner Rev Dr Prof Chris Ferguson.

”The election is both a tragedy and farce of epic Shakespearean proportions, a farce in that the electoral charade was based on a sea of disinformation, disenfranchisement and intimidation of large swathes of the voting public; at the same time a tragedy in that the former dictator’s son and entire family fortune is based on his parents’ theft of billions of dollars from the Filipino people, and this is seen as the solution as opposed to the problem for a country mired in poverty and decades of brutal military control,” said Rev Ferguson.

”The priority now for the international community should be intensified international efforts to hold the outgoing Duterte team accountable for its abysmal human rights record, and to increase monitoring of the incoming Marcos administration. This work is underway at the International Criminal Court, and in the United Nations Human Rights Council processes, and can be pursued in national jurisdictions with Magnitsky-style laws. There should be no hint of a blind-eye for continued human rights violations under Marcos Jr.,” concluded Rev Ferguson.