PETITION: Justice for all victims of extra-judicial killings! 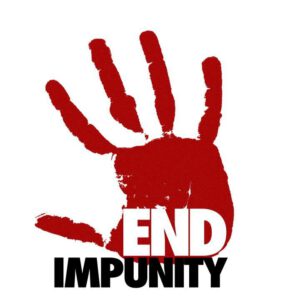 Warmest solidarity greetings from the International Coordinating Committee for Human Rights in the Philippines (ICCHRP)!

Almost two years after the Ampatuan massacre in the Philippines, justice is nowhere near. As lawyer Carlos Zarate, National Union of Peoples’ Lawyers (NUPL) vice president for Mindanao, aptly describes:

“Nearly two years after the gruesome November 23, 2009 Ampatuan massacre, the already slow grinding wheels of justice appeared to be in danger of being derailed, if not totally put on reverse.

During these past months we have seen how the defense vigorously put some legal obstacles, just to twist and bend the law and subvert the search for justice – like filing of multiple motions and petitions in various appellate courts.

The ‘dark forces responsible for the carnage’, as the National Union of Journalists in the Philippines once put it, are still in intact – both in wealth and firepower – and continue to attempt to buy off victims’ relatives, and witnesses and their families, or, failing that, threaten or even harm them.”

One witness and two relatives of the victims have already been killed while the other witnesses and victims’ kin either face threats to their own lives or are offered multi-million cash in exchange for withdrawing the charges against the powerful Ampatuan clan. The Ampatuan massacre is only one of the hundreds of cases of extra-judicial killings awaiting resolution.

Once again we are appealing for international solidarity to help end impunity in the Philippines. We respectfully request you to consider signing the following statement which we hope to send to the heads of states and relevant international agencies.

If you agree to sign the petition (below and attached), kindly email [email protected] with your full name and organization/position (if applicable), and base country on or before 20th November. Please feel free to distribute this further to your other networks, too. Thank you so much.

On 23 November 2009, the international community was shocked and outraged over a horrific crime in the Philippines that claimed the lives of 58 people, including 32 journalists and two women lawyers in a town called Ampatuan, in the province of Maguindanao, Southern Philippines. The Ampatuan massacre is the worst single incident of media killings and election-related violence in the world in recent history.

We, the undersigned journalists, lawyers, church people, community leaders, human rights, justice and peace advocates from around the world, add our voices with the Filipino people in demanding swift justice for the 58 Ampatuan massacre victims and all victims of extra-judicial killings in the Philippines.

Philippine President Benigno Simeon Aquino III vowed justice for the Ampatuan massacre victims and the numerous victims of extra-judicial killings under the nine-year watch of his predecessor, Gloria Macapagal-Arroyo.

While the Ampatuan massacre victims’ families are awaiting justice, we are dismayed and outraged over news of more extra-judicial killings. On 17th October, the murder of Italian missionary Fr. Fausto Tentorio, PIME, once again proved the prevailing climate of impunity in the Philippines. Fr. Tentorio is the 54th victim of extra-judicial killings under the Aquino government, according to the human rights group Karapatan.

The continuing threats to human rights and human lives in the Philippines diminish our humanity. The killings must stop.

We support moves to hold former President Gloria Arroyo accountable to the human rights victims, their families and the international community, for the massive human rights abuses committed with impunity during her administration.

Moreover, we call on the governments of the European Union, Japan, Korea, the United Kingdom, Australia, Mexico, Algeria, New Zealand, Canada and the USA* to once again exert pressure on the government of President Benigno Aquino III to stop the killings (among other human rights violations).

We challenge foreign governments to give teeth to their statements against the culture of impunity in the Philippines. We support calls for international economic and political sanctions on the Philippine government for failing to stop the killings.

In particular, we call on the governments of the United States, Australia and others to stop military aid and all forms of support that could be used for private armies of political warlords, and death squads in the country.