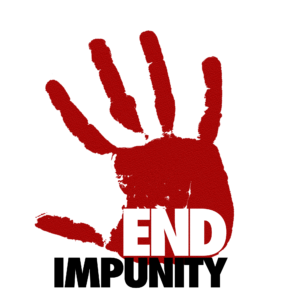 Human rights group Karapatan and End Impunity Alliance, a network supporting the victims of human rights violations in their quest for justice, joined six members of the Morong 43 and their counsels from the National Union of People’s Lawyers as they filed a second motion to resolve their petition for the writ of preliminary attachment in their P15-million civil case against former Pres. Gloria Macapagal Arroyo and key military officials.

Karapatan deputy secretary general Jigs Clamor said the undue delay of the resolution prompted plaintiffs to file a second Urgent Manifestation with Motion to resolve. The civil case has been stalling in RTC branch 226 for more than five months now and has not gone beyond its only hearing last June 10, 2011.

“GMA’s attempts to leave the country only show her deliberate intent to evade justice. As long as the cases are still pending before the courts, she has all the chances to evade accountability. We will not allow this shameless act to happen. The lives claimed under Arroyo’s counter-insurgency program must not go in vain,” Clamor asserted.

End Impunity Alliance convenor Cristina Palabay noted that “the resolution of the petition is necessary for the court to issue summons for all respondents including GMA.”

“The court should immediately resolve the case considering GMA’s attempt to abscond. While the former president is already under arrest for electoral fraud, albeit under well off conditions far from jail conditions, it is necessary to hold her and her henchmen in the military and police accountable for the human rights violations she has wrought under her administration,” Palabay commented.

The Morong 43 filed the first civil charges against GMA on human rights violations on April 4 this year.

In June, the United Church of Christ of the Philippines followed suit. Together with torture victim Pastor Berlin Guerrero and five others whose relatives were killed under GMA. Meanwhile, relatives of the victims of the Ampatuan Massacre filed last week.

According to Palabay, the Morong 43 and UCCP damage suits are only some of the lawsuits filed by relatives and victims of human rights violations against top government and military officials under GMA.

“Criminal charges filed against Arroyo’s lapdogs like retired army major Jovito Palparan have yet to be resolved,” she said.

It can be remembered that mothers of desaparecidos Erlinda Cadapan, Connie Empeno and Edita Burgos filed criminal charges against Palparan and ranking officers of the AFP and PNP for the abduction, torture and other grave human rights violations committed against their children Sherlyn, Karen and Jonas, respectively.

Also, torture victims Raymond Manalo and Oscar Leuterio filed their urgent motions to resolve the administrative and criminal cases they filed against Palparan and AFP officers which have long been pending under the Office of the Ombudsman. Both Manalo and Leuterio were witnesses to the abduction and disappearance of the missing UP students. ###