Press Statement, August 16, 2012 – Around 2PM this afternoon, human rights workers who attended the Karapatan 4th National Congress aboard a bus from Tagaytay City to Manila were arbitrarily stopped and held by the Philippine National Police (PNP)-Cavite along Tagaytay Road in Silang, in front of the PNP Academy. 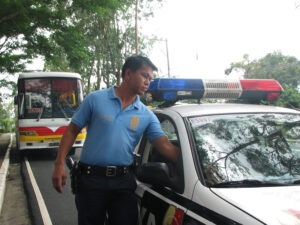 Cristina Palabay, Karapatan’s newly-elected Secretary General, said, “This is sheer harassment. The four-man team were not able to show us any written order nor give a reason, valid or not, why they stopped us. They insisted they only received orders to stop us but had to ask their headquarters for the reason why. They were even armed with M16 rifles.”

Palabay added that, “at one point in the negotiation, we heard another order again through the radio that said ‘…boarded are Karapatan members… investigate them and take pictures or video references’.“ (Italicized text taken from video transcript.) 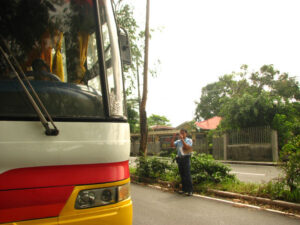 The four policemen were with family names Sanchez, Alcaraz, Nolasco and Manalo.

Karapatan is set to file charges against the Cavite PNP for the incident. The 28 Karapatan members were held for 30 minutes. Ten minutes earlier, Karapatan members observed a mobile car of the Quezon City Police Department at Rowena’s, a bakeshop in the area. #