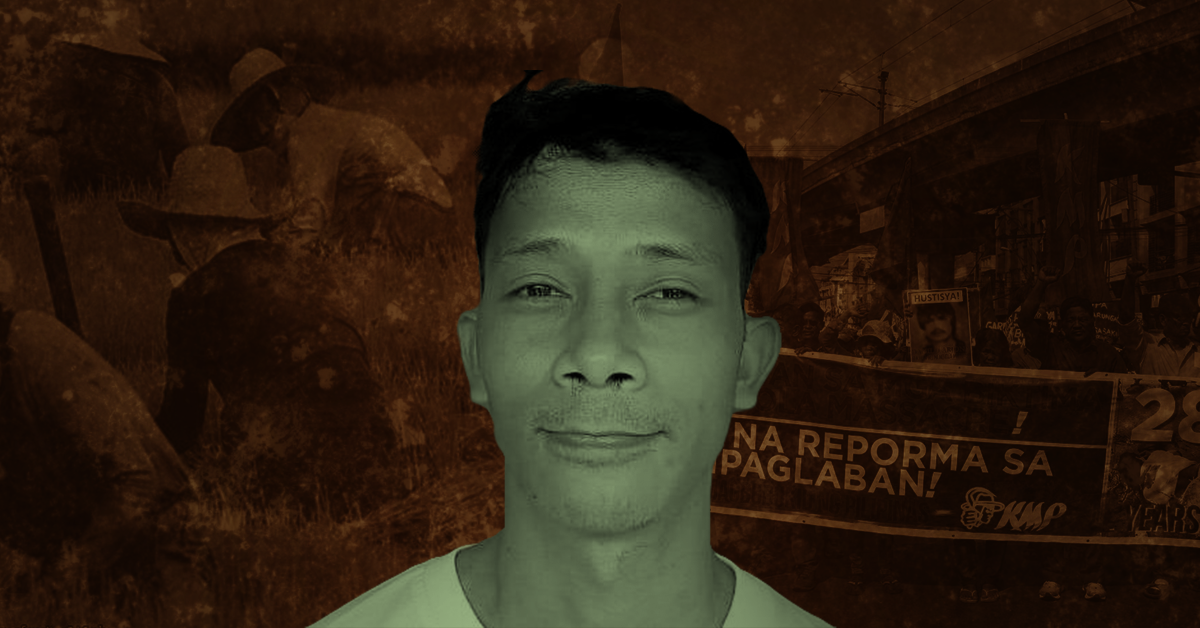 The International Coalition for Human Rights in the Philippines (ICHRP) vehemently condemns the illegal abduction of 35-year-old Kilusang Magbubukid ng Pilipinas (Peasant Movement of the Philippines) organizer Steve Abua by suspected elements of the state. Abua was last seen in Lubao, Pampanga, Central Luzon in the Philippines on November 6 at 2 in the afternoon.

Abua was last seen in a video call from the abductors where he was blindfolded, tied up, and gagged, according to his wife Johanna Abua. “May tumawag sa akin at sinabing hawak nila yung asawa ko. Kailangan daw na magbagong buhay na si Steve. Ano bang ginawang masama ng asawa ko para dukutin nyo? ‘Pag tumulong ka ba sa magsasaka, sa mga inaapi, nawawala ba yung karapatan natin? [I received a call and they said that my husband was with them. According to them, my husband needed to change his lifestyle. What did my husband do wrong for them to abduct him? If we help the farmers and the vulnerable sector, do our rights disappear?]” Johanna said during the Surface Steve Press Conference last November 12.

“The abduction of Steve Abua is yet another addition to the long list of crimes against humanity of the Duterte administration. This is yet another attack on civilians resulting in the violation of the right to life, right to liberty, and right to security,” ICHRP Global Chairperson Peter Murphy said.

According to the Investigate PH Second Report, “These attacks are not something the Duterte government even tries to hide, instead it openly admits to using these tactics through the counterinsurgency program.”

Under the Duterte regime, Abua is the third desaparecido in Central Luzon, all of whom are peasant rights advocates. Diodicto Minoza is a farmer leader in Aurora while Joey Torres is a Bayan Muna organizer in Nueva Ecija.

“ICHRP is in solidarity with the call to surface Steve Abua and all other desaparecidos safely and immediately and to stop the attacks on peasant rights defenders.” Murphy added.