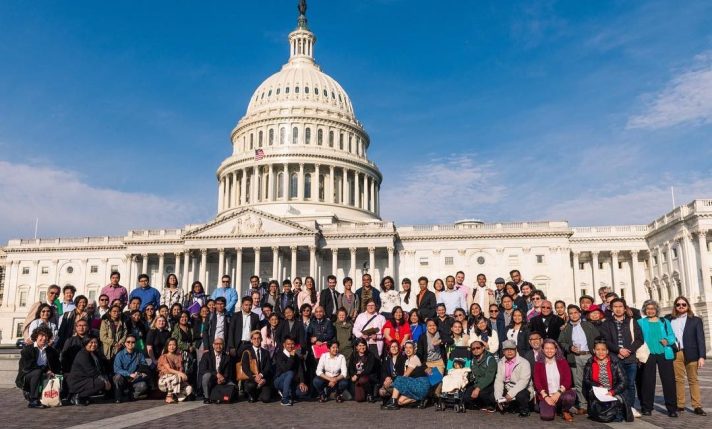 The International Coalition for Human Rights in the Philippines (ICHRP) condemns US President Joe Biden’s invitation to ruthless tyrant Rodrigo Duterte to attend his so-called Summit for Democracy scheduled for Dec. 9 to 10. According to ICHRP Chairperson Peter Murphy, Biden’s remark that “he looks forward to welcoming Duterte and hearing his ideas on how we can foster a more democratic, equitable, inclusive and sustainable world” is a sick joke. Murphy added, “Duterte’s reign of terror and mass murder, which have provoked an ICC investigation of crimes against humanity, would seem to disqualify him from providing advice on anything except fascist populism, repression and human rights violations.”

Under Duterte, the Philippines has become a killing ground for alleged drug suspects, Moro communities, political dissidents, community organizers, indigenous peoples, and human rights advocates. The Duterte regime has institutionalized the killing of dissenters, placing human rights defenders and government critics and all those working to improve the lives of ordinary Filipinos in grave danger. As recently as this week, the regime was conducting aerial bombardment campaigns against civilian targets in Panay Island. Indiscriminate bombing of civilians constitutes a war crime and crime against humanity under Geneva conventions.

Biden would be well served to review the meticulous documentation of the crimes of the Duterte regime undertaken by Investigate PH and the UN Human Rights Council. These bodies have exposed Duterte’s bloody “War on Drugs” resulting in the extrajudicial killings of tens of thousands.

Under Duterte, the Armed Forces of the Philippines have become more emboldened in killing dissenters. Police and soldiers are now executing political dissenters in a manner similar to extrajudicial killings in police anti-drug operations.

Biden has invited heads of state and government, other government leaders, and “voices from the business and non-government sectors” to join the U.S. in “taking action to strengthen democracy.” Far from building democracy, Duterte has further institutionalized military rule with the vast majority of senior cabinet positions now occupied by ex-military and police, giving his government the pall of a military junta.

Biden’s invitation to Duterte and other populist autocrats lays bare the true purpose of the meeting. It is not to advance democracy but to gather its allies to advance an agenda of US domination and imperialism.