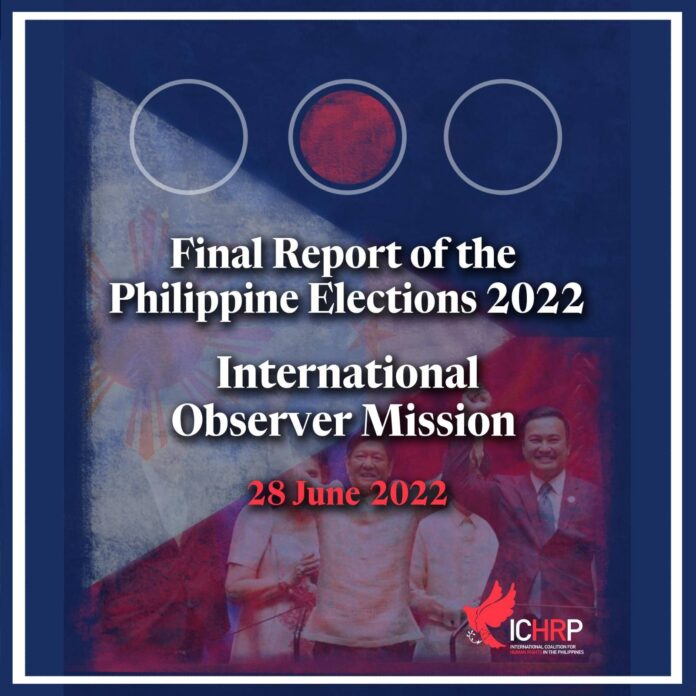 The Philippine Election 2022 International Observer Mission (IOM) was established as a response to Investigate PH’s independent international investigation into human rights violations in the Philippines. The IOM has had over 60 observers from 11 countries on the ground in the Philippines since April 1, who have meticulously documented the campaign, the vote, and the aftermath of the elections in various areas including Central Luzon, National Capital Region, Southern Tagalog, Southern Luzon, Central Visayas, Western Visayas, Eastern Visayas, and Mindanao. IOM observers included members of national parliaments, lawyers, trade unionists, church people, youth and students, educators, scientists, and human rights advocates. At various times, the IOM observers themselves were subjected to harassment and red-tagging by the police and military.

These observers have documented elections-related human rights violations including vote buying, failure of the electronic voting-counting system, misinformation, red-tagging and threats, and even killings. The Final Report of the IOM collects the reports of these observers since May 9, when the Interim Report documented the results so far.

The Final Report can be read in full here.