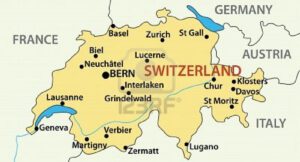 organizations and advocates that engages in the Universal Periodic Review (UPR) process of the UN Human Rights Council (HRC), brought to the attention of the international rights body the continuing human rights violation in the Philippines, and the continuous occurrence of arbitrary arrests and detention under Pres. Benigno “Noynoy” Aquino, as the council conducts its 19th Regular Session.

Speaking in the Interactive Dialogue on the report of the UN Working Group on Arbitrary Detention (UN WGAD), Cristina Palabay of Karapatan and the Civicus-World Alliance for Citizen Participation expressed concern on the 81 political prisoners arrested under the Aquino presidency, despite its lamentable denial of the existence of hundreds of political prisoners languishing in jails in different parts of the country.

In her oral statement delivered on the UNHRC floor, Palabay said that as of December 31, 2011, there are 347 political prisoners, 28 of them women, 12 are peace consultants, and 41 are elderly and sick. Among these political prisoners, she said, are artist Ericson Acosta, film student Maricon Montajes, peace consultant Alan Jazmines, farmers Moreta and Jesus Alegre and sickly Rolando Panamogan. She also cited the recent threats by a local court against political prisoner and peace consultant Ramon Patriarca of being transferred to a military camp, where he was tortured upon his arrest. Many of them were arrested under the nine-year rule of the Arroyo government, while 81 were arrested and detained under Aquino’s new watch.

“We believe that the arrests and detention of these individuals are being conducted to suppress their right to air legitimate grievances over state policies. Trumped up charges are filed against them to justify various infirmities on the legality of their arrests. Thus, the political nature of their arrests and continued detention is purposely hidden,” Palabay said.

She likewise raised concerns on threats of arrests, harassments and trumped charges that continue to hound rights defenders, such as the case of 72 leaders of people’s organizations in Southern Tagalog, known as the ST 72 which includes church worker Pastor Edwin Egar, Karapatan worker Doris Cuario, and trade union counsel Remigio Saladero Jr. who are in danger of being issued warrants of arrests for charges previously dismissed by the courts. Saladero is at the same time an officer of the human rights lawyers group National Union of Peoples’ Lawyers (NUPL) .

“Indeed, there has been no fundamental departure of policy from the previous administration to the current one, as shown in the continued practice of arbitrary detention and rights violations. Karapatan has documented 350 victims of illegal arrests under the Aquino government, majority of victims are peasants, indigenous peoples, leaders of the urban poor and environmental and anti-mining activists,” Palabay stated.

Palabay was joined in the Philippine UPR Watch delegation by Atty. Edre Olalia of the NUPL and the International Association of Democratic Lawyers (IADL); Nardy Sabino of the Promotion of the Church People’s Response (PCPR); Sr. Stella Matutina of the environmental advocacy group, Panalipdan! Mindanao and Barug Katungod Mindanao consortium of human rights defenders; and, Maribel Mapanao of the Campaign for Human Rights in the Philippines (CHRP)– Switzerland.

The group has been meeting and briefing various foreign diplomatic missions and international NGOs based in Geneva as well as representatives of UN human rights special procedures and the Filipino migrant community on the state of human rights in the Philippines as seen from the ground. The Philippines will be subjected to the second cycle of the UPR this May 28 to June 3, 2012. #