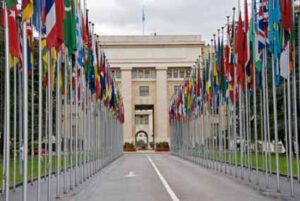 Press Statement, July 13, 2012 – Human rights group Karapatan today affirmed the observations of the United Nations Special Rapporteurs (UN-SR) on human rights defenders and extrajudicial killings on the “growing number of threats and killings of rights defenders” in the Philippines. The statement by the UN mandate holders was released on July 9, two weeks prior to Phil. Pres. Noynoy Aquino’s State of the Nation Address (SONA).

UN Special Rapporteurs on Human Rights Defenders Margaret Sekaggya and on Extrajudicial Killings, Christof Heyns released the following statement, which can be accessed through http://www.ohchr.org/en/NewsEvents/Pages/DisplayNews.aspx?NewsID=12333&LangID=E.

Cristina Palabay, Karapatan spokesperson, said such observations hold true as the rights group has documented 95 victims of extrajudicial killings under the two-year term of Aquino, from July 2010 to June 30, 2012. Karapatan also recently received report on the killing of Arnolfo Vaflor on July 9. Vaflor was a member of an affiliate of the Negros Farm and Sugar Workers in Negros Occidental. Vaflor’s killing happened only a week after the killing of Wilhelm Geertman, a Dutch volunteer who had been in the Philippines for more than four decades.

“The series of attacks and violence against organized communities and human rights defenders and the latest wave of killings of human rights and environmental activists, like Romualdo Palispis, Geertman and Vaflor indicate the heightening terror and violence instigated by state security forces and the Aquino government. This comes alongside the serious cases of rights violations brought about by militarization of whole organized communities especially in the Bondoc Peninsula; the illegal arrest based on trumped-up charges against Makabayan coordinator and lay church worker Agnes Mesina; and the indiscriminate firing at the office of Bayan Muna in Catarman, Northern Samar,” Palabay explained.

Karapatan also confirms Sekaggya’s statement, pointing out that those defending the rights of local communities where there are disputes over land rights and campaigns against mining and dam projects are “often met with violence.”

“Among the 95 victims, 43 were rights workers in various organizations and institutions. Many are farmers, indigenous peoples and environmental activists. The communities opposing anti-people projects are victimized through threats, harassment, torture, and repression by the AFP and paramilitary groups. This is the real purpose of Aquino’s Oplan Bayanihan – to quell legitimate people’s opposition and enable the plunder of the country’s resources at the expense of the people’s economic rights,” Palabay said. ###