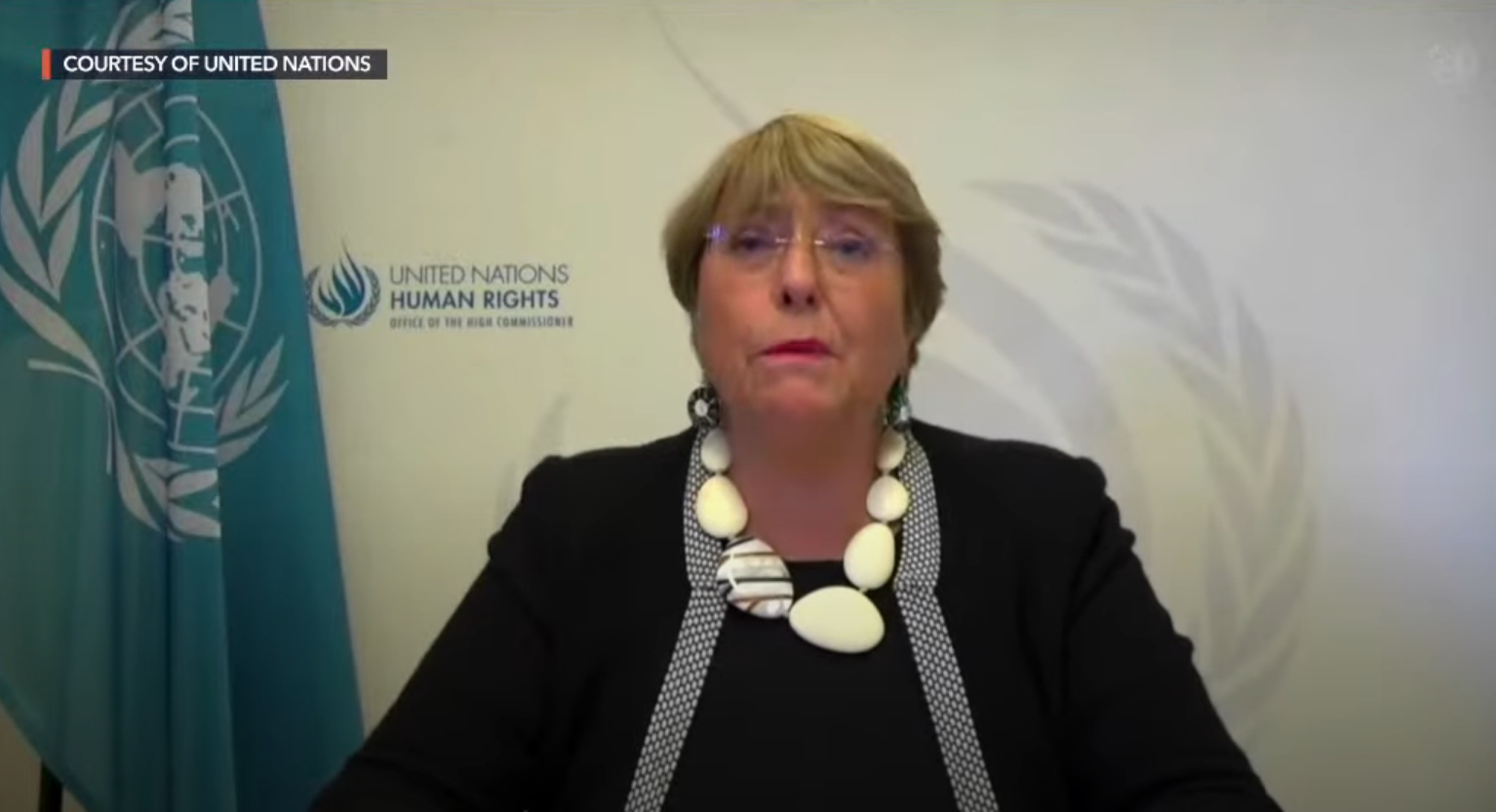 October 7, 2021 – UN High Commissioner for Human Rights, Ms. Michelle Bachelet, presented her oral report on the Philippines to the UNHRC today, one year after the UN Human Rights Council (UNHRC) passed a resolution to provide “technical cooperation and capacity-building” to the Government of the Republic of the Philippines for the protection of human rights.

Ms. Bachelet noted the progress of the UN Joint Program for technical assistance and capacity-building on human rights, adopted only on July 22 this year. She also noted the ongoing lack of accountability for the killings and rights violations in the counterinsurgency program; continuing harassment, threats and killings of human rights defenders, church workers, environmental and land rights defenders, journalists, trade unionists, farmers and lawyers. She singled out the killing of 9 indigenous Tumandok leaders on Panay on December 30, 2020, and the killing of 9 community leaders during the Bloody Sunday operation on March 7, 2021. She maintained her criticism of the government’s red-tagging against activists, media and other actors, and called for an end to the hate language during the unfolding national election campaign.

The formal response of the Philippine Delegate demonstrated that the Duterte government continues to reject any criticism of its human rights record, doubling down on its use of red-tagging to terrorise any critics by alleging without evidence that they recruit fighters for the New People’s Army.

The Duterte government continues to use the National Task Force to End Local Communist Armed Conflict (NTF-ELCAC), created at the end of 2018, as the government framework to repress civilian dissent.  Human rights violations will continue unless the NTF-ELCAC is declared unconstitutional and dissolved. According to ICHRP Chairperson Peter Murphy “the Duterte government’s claims to uphold human rights and respect the UN Human Rights Council is shamelessly hypocritical”.

High Commissioner Bachelet detailed some of the many human rights violations which have taken place since last October. INVESTIGATE PH, an independent international civil society initiative, reported extensive violations of economic, social, and cultural rights of the Filipino people, as well as violations of the rights to development, self-determination, and peace. The Duterte administration’s war on dissent is now using mechanisms and tactics which were previously used in the notorious war on poor people to target alleged drug users (such as tokhang-style killings by police) to maintain its state terror to control the people.