An International Fact-Finding Mission (IFFM) on the landgrabbing of indigenous peoples’ lands in Opol, Misamis Oriental in Southern Philippines today confirmed that A. Brown Company, Inc. has no right to operate in the 520-hectares of public land from which it forcibly displaced hundreds of families from the Higaonon tribe. 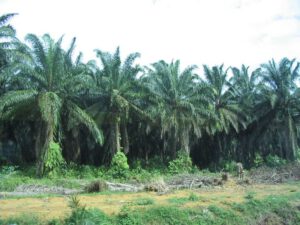 In a dialogue with the Department of Environment and Natural Resources (DENR) yesterday, environment officials said that the government agency has not issued any permit for A. Brown to operate in the said land, located in barangays Tingalan and Bagocboc. According to Joey Austria, chief of the Indigenous Community Affairs Office, the Forest Land Grazing Agreement granted to Victors Paras, covering the Higaonon’s ancestral lands, was cancelled last March 4, 2011. Thus, no company can enter the area without applying for a permit. Even if Paras, the latest of the local landlords who have been claiming the indigenous lands since the 1950s, entered into an agreement with the American company, “the permit granted was only for grazing and not the planting of palm oil,” according to Austria. This contradicts the statement of Opol Mayor Dexter Yasay last May 8 to the IFFM team that A. Brown’s operations for the past two years is approved by the national government. Farmers have complained that the local government and the local arm of the DENR is colluding with A. Brown.

“This only confirms that it is A. Brown who is ‘squatting’ in our lands. It also shows that we are being treated like fools by our own government officials, who aid in the deception and divide-and-rule tactics of the company,” said Rubenson Batuto, vice-chairperson of Pangalasag, a local organization of tribal leaders.

The IFFM, which started in May 6, was led by Pesticide Action Network Asia and the Pacific (PAN AP), Rural Missionaries of the Philippines, Peasant Movement of the Philippines (KMP), Kalumbay Regional Lumad Organization, Sentro Kitanglad, and the Asian Peasant Coalition.

In a public forum at the University of the Philippines-Diliman, the IFFM presented their findings and reiterated their demands for the pull-out of A. Brown from Opol and the immediate return of the indigenous peoples to their ancestral land. They also called for the investigation of human rights violations of the Higaonons, including shooting and illegal arrest of farmers, burning of houses, uprooting of crops, harassment, and death threats.

“With our lands being taken away, our families left to starve, and our rights violated, we have no choice but to fight. As indigenous peoples, we have the right to land, yet this has continuously been denied us,” said Rubenson, whose family has been residing in Tingalan since the pre-Spanish colonization era. Many Higaonons were driven away by a local landlord half a century ago, but came back and reclaimed their land. “The company will not succeed in driving us away this time, especially now that we are organized and ready to fight.”

Zen Soriano, chairperson of Amihan (National Federation of Peasant Women), lauded the Higaonons for their courage. “Global landgrabbing made by companies is increasing. With the onslaught of neo-liberal policies, it is not just local landlords that farmers have to contend with, but large companies that have an insatiable thirst for profit.”

Erwin Navarro, Pesticides Programme officer of PAN AP, warned of the social, cultural, health and environmental impacts of palm oil plantations, which are widespread in other Asian countries and are now beginning to expand in the Philippines. Palm oil is a major export crop. “In the experience of Malaysia and Indonesia, forests were bulldozed and numerous indigenous peoples were displaces to make way for palm oil plantations,” he said. He further related that in Malaysia, the highly hazardous pesticide Paraquat sprayed in palm oil plantations have poisoned thousands of women workers.

The IFFM team has documented the use of the toxic pesticides Carbofuran and Glyphosate in the A. Brown plantation. Residents of Opol have reported an increase the incidence of coughs and colds, skin diseases, diarrhea, and other illnesses since the plantation started spraying pesticides. Their coconut and banana trees have also become sickly and refused to bear fruit, so they are left with no income and nothing to feed their families.

Rahmat Ajiguna, deputy secretary general of APC and secretary general of Aliansi Gerakan Reforma Agraria (AGRA) in Indonesia, a member of the IFFM team, called on the Philippine government, “We reiterate our demand to stop land use conversion and uphold people’s food sovereignty. We also call for justice for the victims of human rights violations in Opol.”
End Land grabbing! Return the land to the peasants, respect the right to ancestral lands!
Justice for all victims of human rights violations!
For more information, contact:
Virgilio Tamayao Jr.
E-mail: [email protected]
Phone: +63 2 4130975, +63 2 6979545