Killings of activists must end in the Philippines: CIVICUS and Karapatan 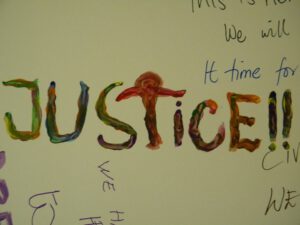 Johannesburg, 30 July 2012: Global civil society network CIVICUS: World Alliance for Citizen Participation and the Philippine-based national human rights organisation, Karapatan Alliance for the Advancement of People’s Rights, urge the Philippines government to end persecution and extrajudicial killings of human rights defenders, and to carry out fair and independent investigations into all cases of extrajudicial killings and disappearances.
President Benigno Aquino III has promised to “resolve cases of extrajudicial executions and other violations of human rights.” Nevertheless, genuine reform to ensure the protection of civil society members continues to be lacking. The government continues to implement Executive Order 546, which allows the use of paramilitary forces and private militias to spearhead its controversial counter-insurgency programme, Oplan Bayanihan.

According to Karapatan, 99 instances of extrajudicial killing and 11 cases of enforced disappearance have been documented since President Aquino assumed office in June 2010. The majority of the victims have been farmers, indigenous peoples and activists advocating for land rights and environmental protection. Additionally, it is reported that at least 385 political prisoners continue to languish in prisons as a result of exercising the key civil society freedoms – freedom of expression, association and assembly.

“The rate at which human rights defenders are being killed in the Philippines is shocking,” says Mandeep Tiwana, Policy and Advocacy Manager at CIVICUS. “If the government is serious about its stated commitment to end rights violations, then it must withdraw the state of impunity that exists for military officials and members of government sponsored militias.”

Recently two prominent civil society activists were assassinated and an advocate for indigenous peoples’ rights was detained, further raising concerns about the ability of civil society to operate in the Philippines. On 3 July 2012, Willem Geertman, Executive Director of CSO Alay Bayan-Luzon Inc., a citizen’s disaster response group in Central Luzon, was murdered in his office compound. Days earlier, on 30 June, Romualdo Palispis, chair of the human rights organisation Justice and Peace Action Group in Aurora, was gunned down in front of his home. Both men were leaders in the campaign against corporate mining and logging and were actively engaged in mobilising opposition to the development of Aurora Province as a designated economic zone. On 4 July, Agnes Mesina, a volunteer for the Rural Missionaries of the Philippines Cagayan, was arrested during a meeting with a congressman. She is actively involved in campaigns against large-scale mining.

CIVICUS and Karapatan urge the Philippines government to uphold its commitments under the International Covenant on Civil and Political Rights by: (i) ensuring thorough and independent investigation and fair prosecution of cases of extrajudicial killings and enforced disappearances; (ii) enacting legislation criminalising involuntary disappearances as a distinct crime and ratifying the UN Convention for the Protection of All Persons against Enforced Disappearance; (iii) issuing executive orders to security forces and government sponsored militia groups to allow safe exercise of the freedoms of association, expression and assembly by citizens.

The statement may also be viewed via this URL:
https://civicus.org/en/media-centre/press-releases/1007-killings-of-activists-must-end-in-the-philippines-civicus-and-karapatan-