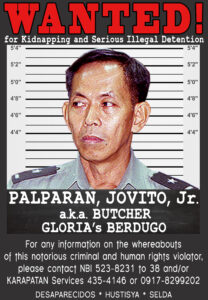 Karapatan Public Info Desk, Press Statement, June 6, 2012 – Human rights group Karapatan today held a picket at the gates of the House of Representatives as Congress resumed its probe on rights violations under the Aquino government, this time with the military testifying on several cases they were allegedly involved in. 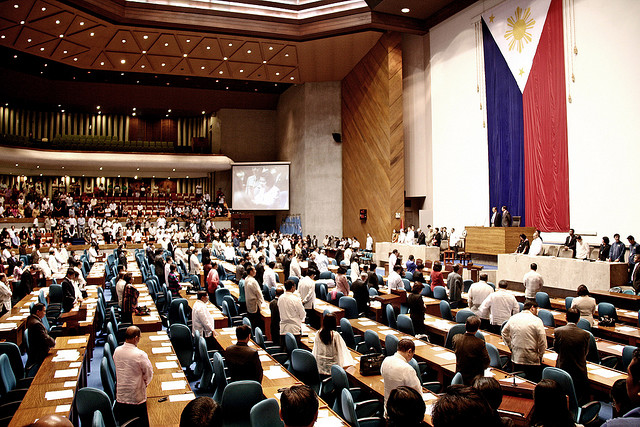 Cristina Palabay, Karapatan spokesperson, called on members of the Human Rights Committee in Congress to hold the Armed Forces of the Philippines (AFP) accountable for the continuing rights violations in the country, contrary to its claims that the AFP was not involved in any rights violations cases in the first four months of 2012.

“Such braggadocio of the AFP bespeaks of their propensity to sow lies and, at the same time, terror on the people. Noynoy Aquino and the AFP however could no longer hide the fact that extrajudicial killings, enforced disappearances, torture and other rights abuses continue with impunity in the country. The international community has already spoken as 23 UN member countries expressed their concern and alarm on the human rights situation in the country during the recent Universal Periodic Review (UPR) on May 29,” she commented. Palabay was among the 15 delegates of the Philippine UPR Watch who lobbied, monitored and conducted activities on the UPR in Geneva, Switzerland.

Palabay also pointed out that the Aquino administration did not readily accept the recommendation of several foreign missions during the UN rights review to immediately disband paramilitaries, militias and private armies by revoking Executive Order 546, an Arroyo-issued decree institutionalizing the said state security forces as “force multipliers” purportedly to address insurgency and the peace and order situation in the country. Karapatan said the order has given free reign and legitimacy for paramilitaries and the AFP to commit grave acts of rights violations such as the Maguindanao massacre.

“Aquino and the AFP have promoted and continued the use of paramilitary forces such as the CAFGU and the Special Citizens Active Auxiliary (SCAA) aside from its regular force, in protecting big business interests and in sowing fear among the people. The SCAA has been involved in a number of rights violations cases such as the killing of Lumad leader Jimmy Liguyon who opposed the entry of mining companies in their ancestral lands,” she stressed.

The government, according to Palabay, has to take concrete measures to end impunity. “For one, the government must arrest Palparan and bring him to jail; Gloria Arroyo should also be made to answer for the thousands of cases of rights violations that were committed under her Oplan Bantay Laya. More importantly, the government must cease to implement Oplan Bayanihan which causes not only killings and disappearances but also the displacement of people from the communities because of intense military operations,bombings, strafing and indiscriminate firing. Aquino should likewise order the immediate disbandment of all paramilitary groups and the pull out of military troops in civilian communities,” she said.

Today’s hearing is the second conducted by the Committee based on several House resolutions filed by progressive partylist representatives Neri Colmenares and Teddy Casiño (Bayan Muna), Rafael Mariano (Anakpawis), Antonio Tinio (ACT), Raymond Palatino (Kabataan), Luz Ilagan and Emmi de Jesus (Gabriela Women’s Party). The first hearing was conducted in March which, covered cases of extrajudicial killing, arrests and detention, torture, threats, harassment and vilification by the Armed Forces of the Philippines, specifically in Northern and Central Luzon and the National Capital regions. Witnesses, survivors and families of the victims of rights violations testified during the said hearing.#