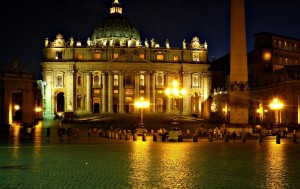 He was a member of Pontifical Institute for Foreign Missions (PIME) and a staunch advocate of the indigenous people.

Last Monday Fr. Tentorio was found bloodshed by a female staff of the church. He was shot dead within the compound of the Perpetual Help Parish, Arakan Valley.

According to a witness, Arakan Councilor Leonardo Reovoca, he saw a person wearing a helmet ran from the parish compound garage towards the main road then rode off with another suspect on a blue XRM motorcycle.

When the incident occurred, Reovoca was outside the Arakan Central Elementary School, which was just right across the church. He saw two armies wearing complete uniform and believed to be members of 5th Special Forces (SF) of Philippine Army (PA), near the vicinity of the incident and yet no one responded. That day, Oplan Bayanihan was conducted by the military inside the school.

Fr. Pops, as he was commonly known, 59 years old, and originated from Lecce, Italy was in the Philippines since 1978.  For two years he was assigned to Zamboanga City. From 1980-85, he stayed in the Diocese of Kidapawan and served for the defense of the Lumads, Christian and Muslim settlers.  In 1985 he was transferred to Arakan, a valley rich in gold and other minerals, but flogged by private armies, Muslim separatists and military exercises through Oplan Bayanihan. He was strong, determined and loved by the people.

He wanted to fight for the indigenous and their ancestral lands from the penetration of big mining companies like the “British-Swiss Xtrata.” He received threats and intimidation from a paramilitary group “Bagani,” where in 2003 he survived a manhunt from this group, allegedly organized by the 73rd Infantry Battalion to fight the New Peoples Army (NPA). In 2007,
military men of the 57th Infantry Battalion Philippine Army raided the church compound while a dental mission was going on, allegedly firearms were hidden in the parish office of Fr. Pops. He and his staff reported it to the police.

Fr. Pops was the third foreign missionary who was killed in the country since 1985. Fr. Tullio Favali was assassinated by a  paramilitary group in 1985 and Fr. Salvatore Carzedda who was involved in the dialogue with Muslims was killed in Zamboanga in 1992.

Fr. Fausto Tentorio was the 54th victim of extra-judicial killings under the Presidency of Benigno Aquino III and the latest was a Filipino radio commentator and anti-mining tribal activist Roy Bagtikan Gallego from Surigao Del Sur who was killed last Friday October 21.

As long as the military forces are powerful over the will of the toiling masses, as long as the interests of foreign investors and capitalists are the government priorities there will be no peace for every single community.

JUSTICE FOR FR. FAUSTO TENTORIO AND ALL VICTIMS OF EXTRAJUDICIAL KILLINGS!
WE DEMAND THE IMMEDIATE INVESTIGATION OF THE KILLING OF FATHER POPS!
STOP MINING IN INDIGENOUS ANCESTRAL LANDS!
NO TO  OPLAN BAYANIHAN! END MILITARIZATION!
RESPECT HUMAN RIGHTS!