Jimmy Liguyon, the vice chairperson of Kasilo, an organization of the Matigsalug-Manobo of Bukidnon, was shot dead in front of his home on Monday, March 5 by Aldy “Butsoy” Salusad, a leader of a paramilitary group in the province. 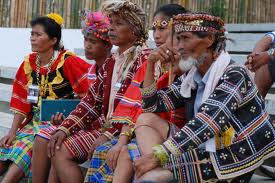 Liguyon is also the Barangay Captain of Dao, San Fernando, Bukidnon.  In October last year, he already received death threats from the group of Salusad.  Salusad is the son of Ben ‘Nonong’ Salusad, appointed head of the tribal arms of the San Fernando Matigsalug Tribal Datus (SANMATRIDA) which has a Certificate of Ancestral Domain Title over 52,000 hectares in San Fernando, Bukidnon.  The SANMATRIDA Multi-purpose Cooperative, chaired by Herman P. Estrella, has been enticing mining investors into their domain since it was instituted in 2009.  The tribal datu of Barangay Dao under the SANMATRIDA is Aldy’s uncle, Datu ‘Manayab’ Carillo Salusad.

Aldy Salusad, after killing Liguyon, shouted to the people who witnessed the act that Liguyon was killed because he would not recognize the SANMATRIDA claim and refused to sign any agreements that support it.  He also threatened the people that those who would oppose their group would similarly be killed.

On October 28 last year, Liguyon and his wife were coming home from a human rights rally in Cagayan de Oro City, Dal-anay, were stopped by armed men and were marched them to a vacant house.  There, Liguyon was ordered by Angge Dal-anay, another leader of the group, to stop joining rallies.  Additionally, Dal-anay told him he should allow mining in Barangay Dao.  Liguyon was steadfast in his anti-mining position, arguing that the people in Barangay Dao did not want it and he, as barangay captain, would not force them to it.

Before that, on October 16, Dal-anay’s group also went to Liguyon’s house looking for him.  Liguyon wasn’t there however.  His family moved out of Dao after the incident.  Also on October 13, Ben Salusad called Liguyon, who was then attending a seminar in Cagayan de Oro, and threatened him that should he go back to Dao, they would kill him.

The body of Brgy. Capt. Jimmy Liguyon will be carried in a funeral procession to the municipal center of San Fernando, Bukidnon after which a vigil will be held by Kasilo and other organizations supporting the community’s fight against mining and the paramilitary group of the SANMATRIDA.
—
KALUMBAY Regional Lumad Organization
Ilocos St., Aluba Phase II, Macasandig
9000 Cagayan de Oro City, Philippines
E-mail Address: [email protected]
Tel. Nos.: +63 (88) 851 5213

Working for the defense of our land, rights & culture, KALUMBAY is a regional alliance of nine Lumad (indigenous peoples) organizations in Northern Mindanao, Philippines