Desaparecidos to Noynoy: You’re no different from GMA and Marcos

August 30, 2012 – We, Families of Desaparecidos for Justice (Desaparecidos) gather today, on the International Day of the Disappeared to demand from the Noynoy Aquino government for justice for all victims of enforced disappearances. 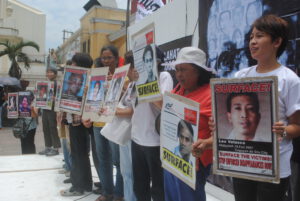 Also, the existence of the paramilitary groups which started during martial law and proliferated during the Cory Aquino is again sowing terror in the far-flung provinces doing the dirty work for the Armed Forces of the Philippines’ counter-insurgency activities.

On the night of July 19, 2011, Micheal Celeste, Jully Devero and Gerald Abale, peasants from Magallona, Negros Occidental were abducted by members of Revolutionary Proletarian Army-Alex Buncayao Brigade (RPA-ABB). They remain missing up to this time. The RPA-ABB is a break-away group of the New People’s Army and has long surrendered to the government. The Noynoy Aquino government supports the RPA-ABB through its PhP31 million PAMANA project. 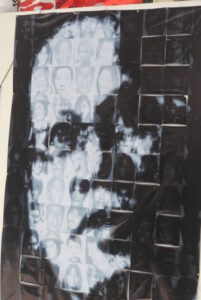 Human rights violations are increasing and enforced disappearances is one of the gravest form that persists from the time of martial law up to the regime of Noynoy Aquino. The government’s counter-insurgency program, the Oplan Bayanihan is instrumental to the unabated human rights violations and has resulted in more victims of enforced disappearances.

President Noynoy promised the Filipino people justice, yet,  we only get INJUSTICE. Noynoy Aquino is no different from his predecessor Gloria Arroyo, and even Marcos. He has done nothing to correct the injustices that happened during the past regimes. He has, in fact, perpetrated the terror of martial law by implementing the same laws and by sowing the same terror, especially in the rural areas.

We, Families of Desaparecidos for Justice will not be fooled. We have learned from those ahead of us that as long as disappearances continue, the perpetrators remain unpunished, and the missing are not found, we will remain steadfast in our struggle for justice.