Are government and military officials exempted from arrest under P-Noy? —Karapatan 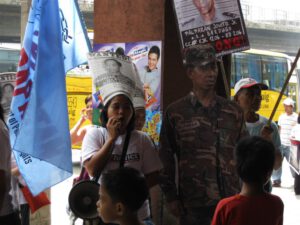 Media Release, April 4, 2012 – Karapatan, with Hustisya and Desaparecidos, today asked those commuting to the provinces to help find fugitive Maj. Gen. Jovito Palparan Jr. in places where they are spending the Lenten Season. Members of the rights groups and relatives of the victims of rights violations went to several bus stations along EDSA in Cubao to distribute ‘Wanted Palparan’ flyers. The action was part of the People’s Manhunt on Palparan, that was launched three months ago when the Malolos Regional Trial Court issued a warrant of arrest against Palparan. 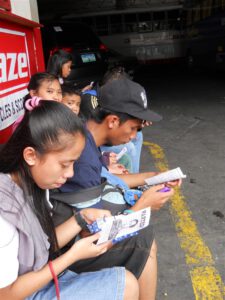 “The P-Noy government should show grit, consistency and seriousness in arresting criminals and human rights violators such as Palparan and his co-accused M/Sgt. Rizal Hilario. The delay in their arrests puts across the message that government and military officials are being exempted from arrest under P-Noy. We hope that this will not happen in the case of Palawan ex-governor Joel Reyes for the murder of Gerry Ortega,” said Cristina Palabay, Karapatan spokesperson and co-convenor of the End Impunity Alliance. 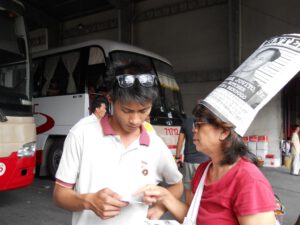 Palabay added that “Malacañang may have backtracked from its ‘out-of-deference to (Reyes) previous government post’ position, but the statement reflects the government’s attitude on rights violations and justice issues.”

“This is the reason why Gloria Arroyo is still in the hospital instead of a regular jail; why Palparan and his right-hand man Hilario are still at-large; and why Joel Reyes has the gall to say that he is not hiding from the authorities but simply ‘hiding in the hearts’ of the Palaweños. Such brazen acts indicate the extent of the prevailing climate of impunity that emboldens these public officials to simply shrug off accountability because they can go scot-free anyway,” said Palabay. 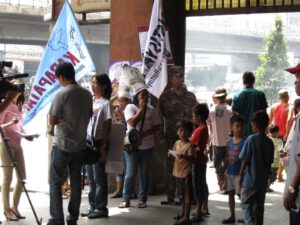 Palabay concluded that “unless Palparan, Reyes and their likes are put to jail and prosecuted by the P-Noy government, it will only continue to encourage those in the government and in the Armed Forces ofthe Philippines (AFP) to perpetrate human rights violations and perpetuate impunity.” ###