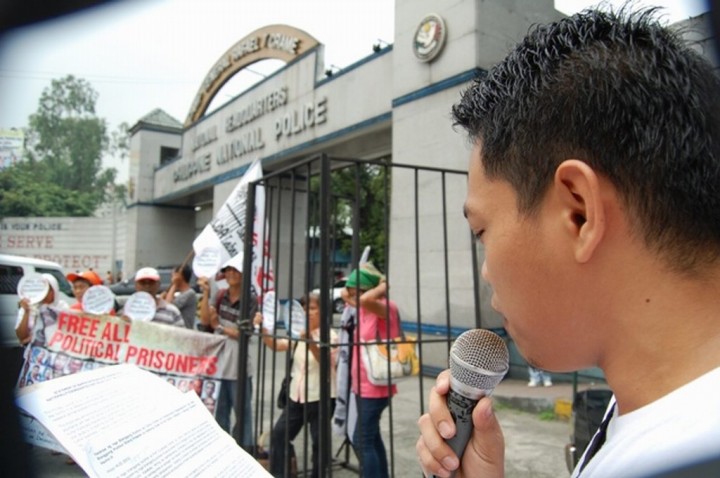 The Samahan ng Ex-detainees Laban sa Detensyon at Aresto (Selda) started its week-long fast on July 16 in time for the Noynoy Aquino’s State of the Nation Address (SONA) on July 23. The political prisoners demand to release all political prisoners specifically calls for Aquino to proclaim a general, unconditional and omnibus amnesty.

Solidarity actions of relatives, friends and other human rights advocates are also held simultaneously. In Davao City,a picket was held along San Pedro St. to echo the call of the political prisoners. In Cebu City, a solidarity fasting center was also mounted by Karapatan Central Visayas in Fuente Osmeña Blvd. In Iloilo City, the political prisoners made a television interview right after their court hearing to call for their release on July 18. Their families, SELDA-Iloilo chapter and Panay Alliance-Karapatan mounted a fasting center at the heart of Iloilo City until July 20. In Metro Manila, a solidarity fast was held at the grounds of the Department of Justice (DOJ) on the first day of the fast. A picket was also held at the National Headquarters of the Philippine National Police in Camp Crame. This was participated in by various people’s organizations, relatives and friends of the political prisoners.