Philippine report to UN: no improvement in economic rights situation in PH 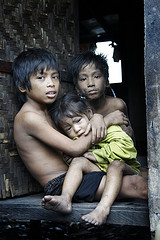 MEDIA RELEASE, 18 May 2012 – The economic rights situation in the country has continued to deteriorate since the United Nations Human Rights Council (UNHRC) conducted its rights review on the Philippines in 2008.

The official government report for the Universal Periodic Review (UPR) admits as much in evidently being unable to give any data on improvements in the economic and social conditions of Filipinos. The report instead only mentions recycled policies and programs which is alarming because these are what cause the problem to begin with, according to research group IBON.

IBON, which submitted an alternative report to the UPR together with other rights groups, said that the recent economic growth has been relatively fast historically but has been exclusionary. The benefits have been going to a few big business-dominated sectors of the economy such as electronics export, business process outsourcing, oil, power, water and mining. Moreover, it is not producing decent livelihood for the largest part of the population, said IBON.

The group added that the rising number of poor Filipinos has been obscured by lowering the official poverty line. Hunger and malnourishment, however, are unambiguously worsening. Inequality is at least as severe as in the 1980s and, as it is, the income of the top 1% of families is as much as that of the bottom 30% of households, IBON noted.

The number of jobless Filipinos continues to rise every year and 2001-2010 is already the worst decade of recorded unemployment in the country’s history, aside from millions more in poor quality work. Workers suffer wages that have been flat in real terms for a decade now, said IBON. Meanwhile, the equivalent of one-fourth of the country’s labor force has had to go abroad to find work.

The national government moreover is not channelling enough resources to address backlogs in education, health and housing. According to IBON, spending on these as a share of gross domestic product (GDP) has continued to drop. In health for instance, falling government spending on health is resulting in rising out-of-pocket spending which belies claims of Universal Health Care (UHC). Infant mortality is improving but it is still high compared to the country’s Asian neighbors. Yet mortality rates for the poorest are many times that of those at the highest income levels.

Millions of the country’s poorest and most vulnerable are effectively beyond public social insurance or safety nets. The conditional cash transfer (CCT) and other social protection programs only provide short-term and partial relief for selected poor families. 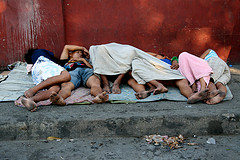 According to IBON, the situation has not improved amid unreformed government policies. Development policies in the country, including the Philippine Development Plan (2011-2016) continue to rely on foreign investment, exports, debt and the free market. The group, however, stressed that taking steps in building the domestic economy and ensuring social welfare through responsible state intervention will address mass poverty, joblessness and forced migration. #