(To president Benigno Aquino III,to the former president Gloria Macapagal Arroyo of Philippines, mass media, trade unions and to the international democratic public, to the human rights organizations-  please forward this message wherever and whenever you can, to strengthen the international protest and solidarity movement for human rights in the Philippines, which people need for their life in standing up to fight for a liberated world!) 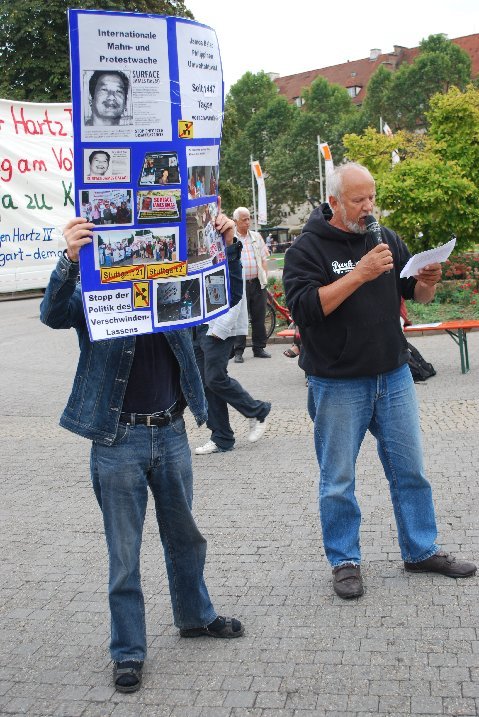 On the Monday demonstration against the unsocial law Hartz 4, we continue our vigil for James Balao in Stuttgart on the 17th of September 2012. We counted – as it was decided  in October 2008 in the partnership agreement between the Monday-Demonstration Movement Stuttgart and the family Balao and Cordillera Peoples Alliance (CPA) –  the days of the disappearance of James Balao.

Today is the 4th year of the disappearance of James Balao, 4 years of waiting, 4 years of tears and remembrances and 4 years of international protests, 4 years of demanding justice and of demanding to stop impunity. The killers and murders are still living among us and they think, that they could go on with their counterinsurgency US made plan “Oplan Bayanihan”. 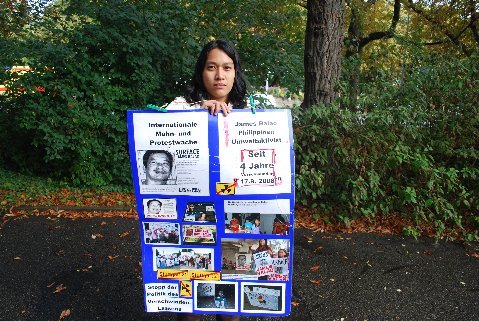 We want to know, what happened to James and we demand today again that the responsible persons and authorities should be jailed into prison like the former dictators in Argentina Videla and Co. More than 30 years the Mothers of the Placo de Mayo demanded for the truth and for stopping impunity. They have been successful and so we will be successfull, there is no doubt!

4 years of partnership between the Monday Demonstration movement are as well 8 years of fighting against the unsocial law Hartz 4 in Stuttgart and in more than 100 other towns in Germany every Monday. 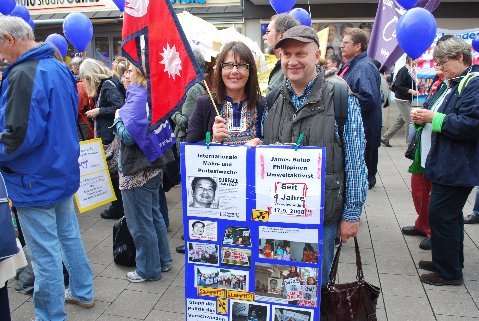 James was as well with the participants of the 10th International Women Council in Ludwigsburg near Stuttgart on the 15th and 16th of September. The German Filippines Friends GFF joined this meeting and demands with their guest from the Philippines and elsewhere:

International solidarity will be stronger than the power of dictatorship!