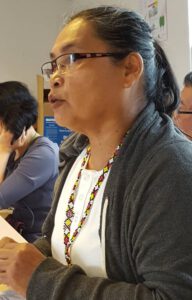 Speaking before the members of the Brussels parliament, human rights organizations under Philippine UPR Watch presented the worsening human rights situation in the Philippines as a result of government’s intensified counter-insurgency operation. The group highlighted the ongoing aerial bombardments of the Philippine army in Batangas Province which reportedly resulted to the killing of a minor and forcible evacuations of hundreds of families.

“As we speak before you, human rights violations continue to occur in the Philippines. In Batangas, a few kilometers away from the nation’s capital, hundreds of families were reportedly displaced while a minor died due to the ongoing aerial bombardments of the military,” said National Union of People’s Lawyers secretary general Atty. Ephraim Cortez, who also co-heads the delegation of Philippine UPR Watch that recently attended the 36th session of the United Nations Human Rights Council in Geneva, Switzerland.

In the said meeting with the Belgian parliamentarians last September 28 in Brussels, Cortez said that “the aerial bombings are being conducted by combined elements of the 202nd Infantry Brigade under the 2nd Infantry Division and 730th Combat Group of Philippine Air Force after an alleged encounter with New People’s Army last September 24. According to initial reports, some 50 families evacuated from Brgy. Cumba and 87 other families from Brgy.Talahib Pandayan. Human rights groups are also barred from giving humanitarian assistance to the evacuees.”

“We are very much alarmed over the incidents of aerial bombings in the country. Apparently, the government is hell-bent on using aerial strikes as part of its counter-insurgency operations in the peasant and minority communities across the country. We’ve seen this kind of scenario during the Marawi crisis, and it is undeniable that the civilians, especially women and children, are the most affected,” stressed Cortez adding that military airstrikes also took place in Magpet, North Cotabato last September 20.

Eule Rico Bonganay, secretary general of Salinlahi Alliance for Children’s Concerns and a member of the Philippine UPR Watch delegation also emphasized the impact of airstrikes and military operations on the education of children. “At least 15 schools are affected by the ongoing aerial strikes in Batangas City while Lumad students and teachers of Fr. Tentorio Memorial School have also evacuated after the reported bombing incident in Magpet, North Cotabato. Cases of military attacks on schools have increased after President Duterte threatened to bomb lumad schools in Mindanao last July 2017,” said Bonganay.

The delegation also took the opportunity to bring up other human rights concerns including the cases of drug-related killings as well as the systematic attacks against human rights defenders in the country.

At the end of the meeting, members of the Brussels parliament expressed their support and would explore possibilities of filing a parliamentary resolution to bring to the attention of their colleagues the plight of the Filipino people. #