Oakland, CA – On the heels of the fourth round of peace talks between the Government of the Philippines (GRP) and the National Democratic Front of the Philippines (NDFP), 200 Bay Area residents convened to welcome the “JustPeacePH Peace Tour 2017,” a US-wide speaking tour of Filipino human rights defenders on the frontlines of the struggle to address the root causes of the civil war in the Philippines, an armed conflict which has claimed the lives of a reported 30,000 people since it began in 1969. 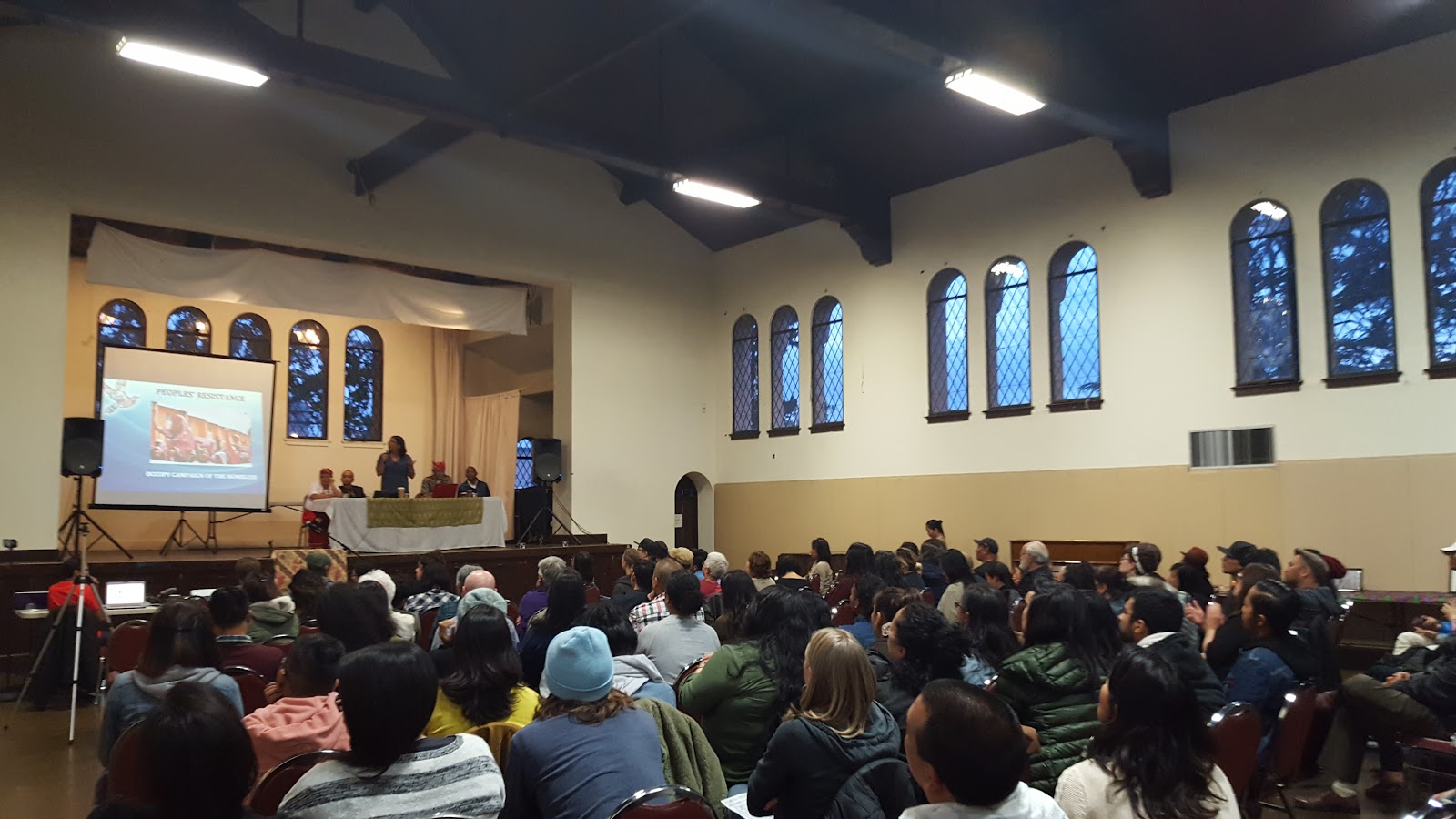 Given recent international attention to killings in the Philippines, the Peace Tour aims to expand support for the continuation of the peace talks between the NDFP and GRP, and help build the movement in solidarity with the Filipino people’s aspirations for just and lasting peace in the Philippines.  The tour takes place amidst an escalation of human rights violations against Filipino farmers and indigenous people protecting their land from incursions by large local and foreign multi-national corporations, as well as the killing of upwards of 7,000 people in the so-called “war on drugs.” The abuses are largely alleged to be perpetrated by the Philippine National Police, Philippine Army and the paramilitary units under their command.

Environmental Justice and human rights organizations stand, as their statements of solidarity for the Philippine Peace Talks are read.

The event was co-sponsored and endorsed by over 30 organizations representing Bay Area churches, environmental groups, human rights organizations and others.  During the program dozens expressed  concern with US tax dollars contributing to the human rights crisis in the Philippines and committed their support to ensure the continuation of the Peace Talks, including signing letters to Congresswoman Barbara Lee and Senator Feinstein. 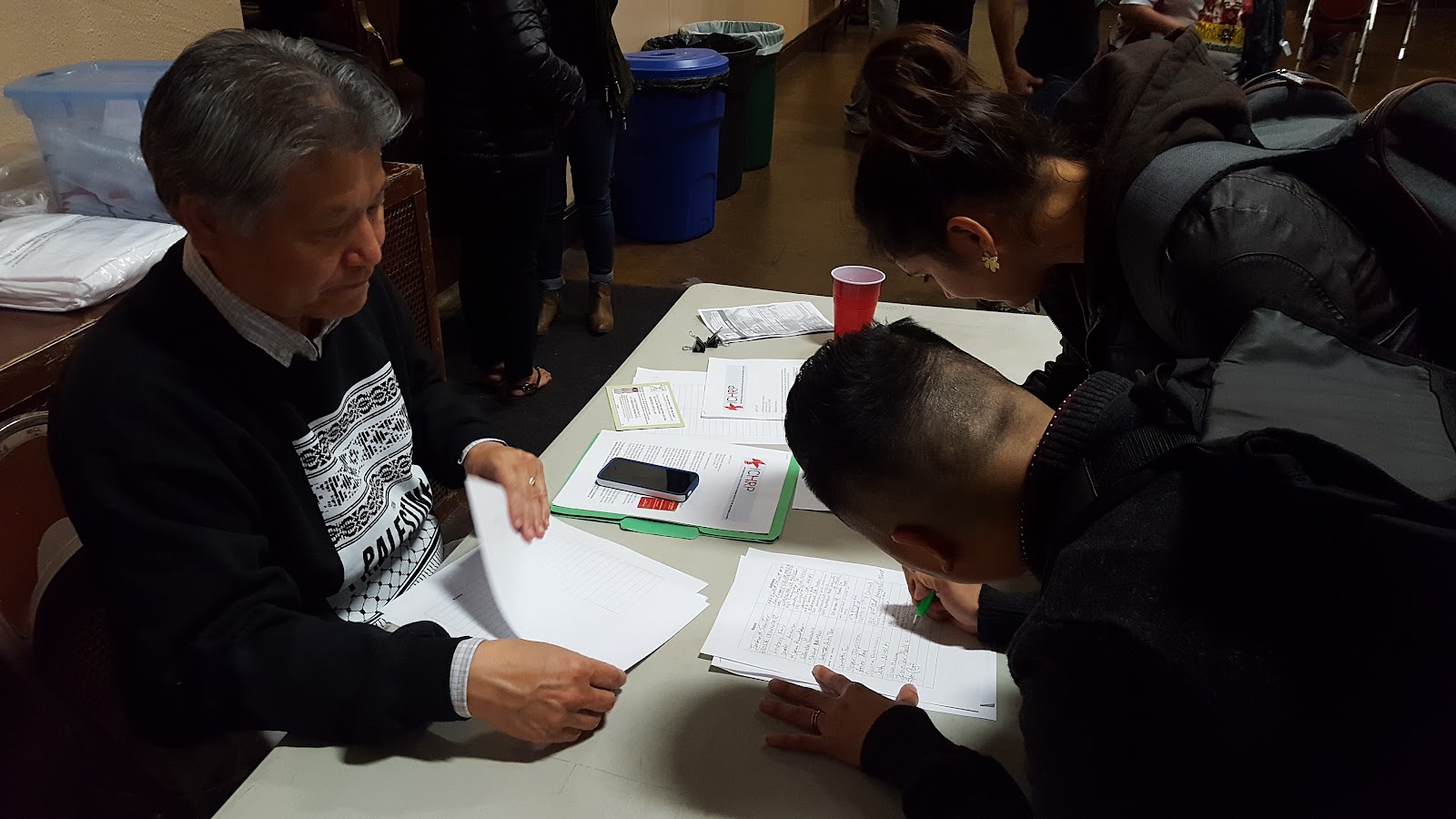 The peace negotiations between the GRP and the National Democratic Front of the Philippines (NDFP) aim to address the roots of the conflict, but have flown under the radar in a virtual international media blackout of the peace talks. As the Bay Area is the highest concentrated area of Filipinos in the United States, the progress of the peace talks in addressing the socioeconomic conditions that incentivize Filipino migration is of utmost relevance. 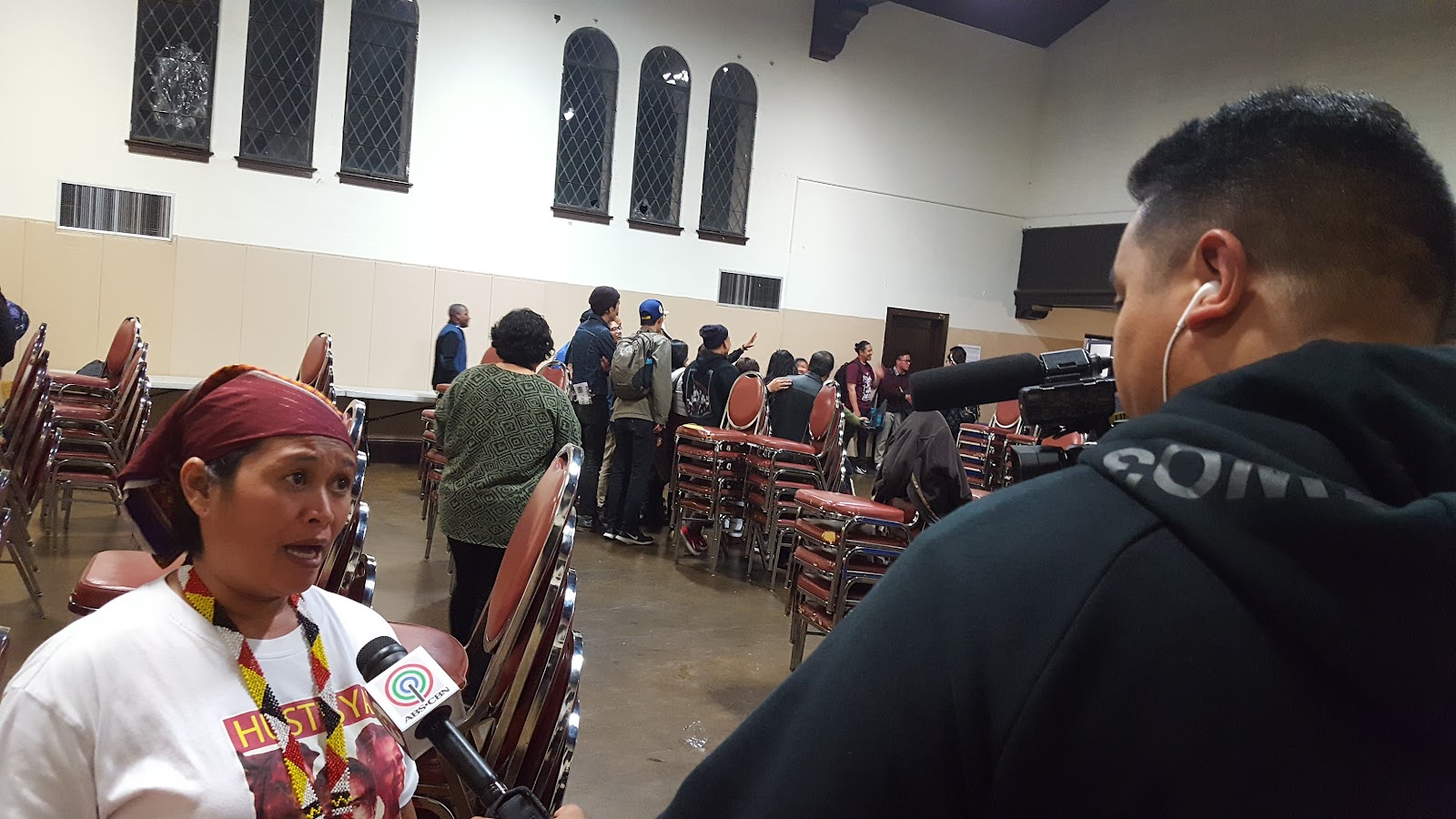 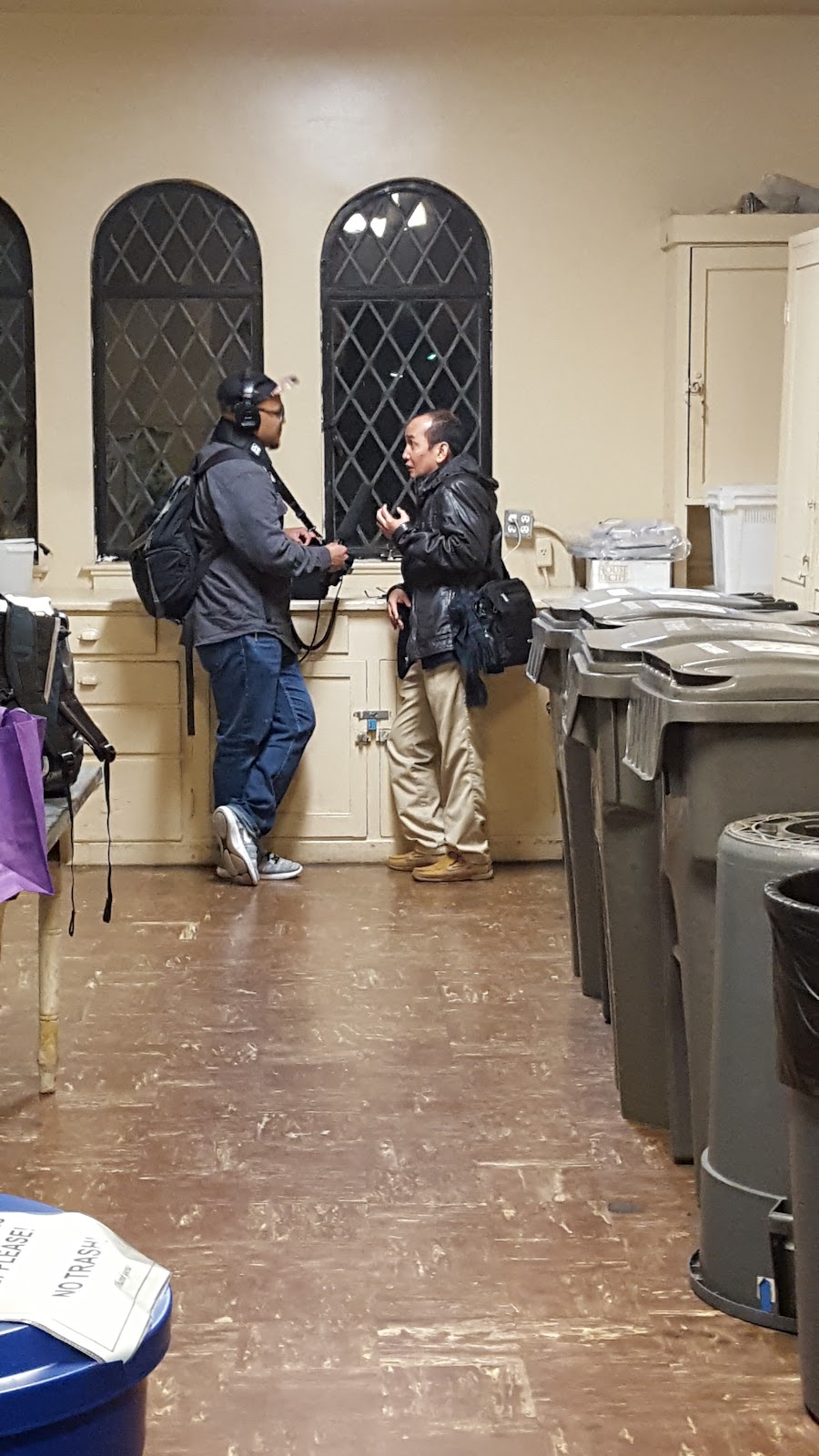 Local and international Radio, Print and Television attend the event to cover stories of the Peace Tour 2017 delegates, survivors of state-sponsored violence and advocates for the Philippine peace talks.

Livestream of the April 25 Oakland Event, A Peoples’ Movement for a Just Peace:Understanding the Root Causes of the Armed Conflict in the Philippines, can be found at: facebook.com/ichrpnorcal.