As a Tribunal of Peoples, we declare at the outset that this Tribunal is a legitimate venue for redress and provides an alternative or parallel platform initiated by the people when existing traditional institutions and remedies are limited, inadequate, unavailing or skewed.

The Tribunal was constituted by an eight (8)–member Panel of Jurors of different disciplines from Egypt, France, Italy, Malaysia, the Netherlands, and the United States.

Let it be on record that this International Peoples’ Tribunal follows and respects due process. The parties were duly notified and given an adequate opportunity to participate and present their respective sides; it has its rules of procedure that is consistent with universal standards of evidence; it was convened by prestigious and respected international lawyers’ organizations; it was presided by a panel of eminent jurors of different disciplines; and the proceedings were conducted in an open and public trial.

The Indictment, together with the Notice, Calendar of the Case and Rules of Procedure were duly served via international courier on the Defendants and the corresponding proofs of service were presented and submitted at the start of the Tribunal.

As such, this Tribunal was compelled to rule that the Defendants were deemed to have waived their right to present evidence on their behalf. This Tribunal, therefore, had to proceed in accordance with the Rules of Procedure and, given the importance and urgency of the matter at hand, deliberated forthwith and came up with an initial Verdict on September 19, 2018 on the basis of the evidence presented.

This present Decision is an elaboration and follow through of the said Verdict which shall be considered as an integral part hereof and shall complement the same.

MAMDOUH HABASHI. Born in Cairo, Egypt, he is an architect and civil engineer by profession, and a well-known social activist. He studied architecture at Cairo University from 1969 to 1973, where he participated actively in the student movement of 1972. He is a member of the Politburo of the Socialist Popular Alliance Party in Egypt and head of the International Office of the Party, Vice-President of the World Forum for Alternatives (WFA) in Dakar and Board member of the Arab and African Research Center in Cairo.

MONICA MOOREHEAD. Activist and organizer for more than four decades. Born in Alabama, USA, during segregation, she became politically active as a teenager in Hampton, Virginia, distributing the Black Panther Party newspaper. She is a founding member of Millions for Mumia, an anti-death penalty project of the International Action Center, and she co-chaired the historic May 7, 2000 rally of 6,000 people in Madison Square Garden Theater demanding freedom for political prisoner Mumia Abu-Jamal. She is co-coordinator of the International Working Women’s Day Coalition in New York City. She is also an executive board member of the International Women’s Alliance, a global network of women organizers and women’s organizations that fight imperialism, racism, sexism and all forms of oppression.

TIES PRAKKEN. Studied law at the University of Amsterdam and gained her PhD at the Rijksuniversiteit Utrecht. From 1965 until recently she worked as a lawyer at the Amsterdam bar, specializing in criminal law and human rights, with a special concern for the human rights situation in Turkey. For a number of years, she was also professor of criminal law at Maastricht University. She has written & co-written several legal textbooks, including “Political Defence. An analysis of historical and current political legal cases and the defence’s strategy”; and “Fundamental Rights on a Slippery Slope. The role of the Wilders case in the dismantling of the rule of law”.

SAROJENI RENGAM. Executive Director of the Pesticide Action Network Asia Pacific (PANAP), part of a network of 108 organizations in the Asia Pacific region and 400 other regional and global civil society and grassroots organizations, dedicated to the elimination of harm to humans and the environment through pesticide use. Her 32 years of activism and leadership was aptly recognized on the occasion of the 2017 Conferences of the Parties (COPs) to the Basel, Rotterdam and Stockholm Conventions, when she became a recipient of the ‘Gender Pioneers for a Future Detoxified’ award in recognition of eleven women and men for their achievements in advancing gender equality and mainstreaming gender issues in the area of chemicals and wastes. 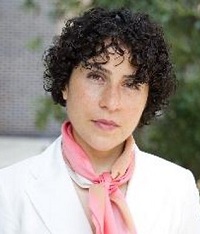 Atty. AZADEH N. SHAHSHAHANI. Prominent human rights lawyer and advocate based in Atlanta, Georgia, USA. She is currently Legal & Advocacy Director for Project South, a grassroots movement for social justice work in the US South, recognized for the production of popular education tools, curriculum, and workshops that support grassroots organizers, educators, and activists. She has worked for a number of years in North Carolina and Georgia to protect the human rights of immigrants and Muslims, Middle Eastern and South Asian communities. She previously served as President of the National Lawyers Guild and Director of the National Security/Immigrants’ Rights Project for the American Civil Liberties Union (ACLU) of Georgia. 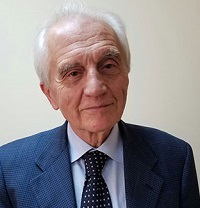 Dr. GIANNI TOGNONI. Has been the Secretary General of the Permanent People’s Tribunal (PPT) since its founding in 1979. He served as a juror of the Permanent People’s Tribunal Sessions on the Philippines in 1980 and in 2007. As a physician and a Doctor of Philosophy, his scientific activities are combined with a commitment to justice. He is the director of the Institute of Pharmacological Research Mario Negri Sud in Chieti, Italy, and a leading expert in health policy and pharmaceutical epidemiology. He has published several books and over 500 articles in major pharmacological and medical journals and is also an advisor to the World Health Organisation (WHO). 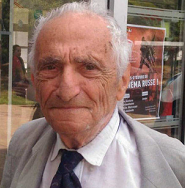 ROLAND WEYL. Has been a practicing lawyer since 1939, defending trade unionists and political activists. He was the founder and first Vice-President of the International Association of Democratic Lawyers (IADL) and is Dean of the Paris Bar and a member of the National Council of the French Peace Movement. He also founded the French association ‘Droit-Solidarité’. He is the author of several books on the theory of Law and State, some of which he co-authored with his late wife, Monique Weyl, and edited the ‘Revue de droit contemporain’ (Review of Contemporary Law) from 1954 until 1991. 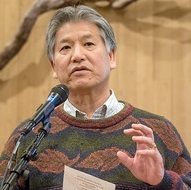 The Defendants are hereby charged by the Filipino people of the following:

This Indictment clearly states the grounds or charges against the Defendants, outlines extensively the general context, discusses the specific overview and allegations, enumerates the specific illustrative cases or representative incidents under each ground or charge, and lists the international laws or instruments violated or circumvented.

The evidence produced during the public hearings of the Tribunal, in the absence of any controverting evidence from the Defendants, has fully documented the well-founded accusations formulated in the Indictment.

We heard the testimonies of witnesses — many of them heart-wrenching, traumatic and horrific — experts and resource persons, as well as the digests of the wealth of data, information, facts, analyses and other evidence presented and submitted before us, and we have made an initial analysis and evaluated them in general terms.

It is our consensus, therefore, that:

the Defendants Duterte, Trump and all other Defendants are GUILTY of all the charges specified in the Indictment, which account for their accountability for CRIMES AGAINST HUMANITY, WAR CRIMES, AND VIOLATIONS OF LAW AND LEGAL INSTRUMENTS referred to in the Indictment.

Let copies of this Verdict be served on the Defendants.

Let copies of this Verdict be published and sent to all other concerned or interested individuals, organizations, entities and States, including the:

The Jurors wish to thank all witnesses, experts and resource persons who appeared before this Tribunal in the past two days and offered powerful testimonies of grave human rights violations by the Defendants. They are the real and legitimate subjects of this Verdict.

This Tribunal shall carefully monitor the action of the Defendants and will respond and hold accountable the Defendants to any possible retaliation against its participants.

Watch the proceedings of the Tribunal.