Call for international support for Justice and Peace in the Philippines 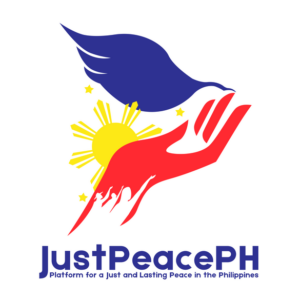 On the occasion of the International Human Rights Day, people across Europe view with deep concern the rapid deterioration of the human rights situation in the Philippines.

These atrocities, combined with the daily murder of suspected drug users and small-time dealers by police forces, paint a government callous to individual liberties, human rights and human life. The Duterte government’s so-called War on Drugs has reportedly claimed more than 7,000 lives, mostly coming from the urban poor. Even so, by Duterte’s own admission, the illegal drug trade remains as pervasive as ever.

As of October 2017, 449 prisoners of conscience are languishing in detention centers of the Duterte government. They are uniformly charged with trumped up criminal cases, allowing the government to claim that there are no political prisoners in the country. Among them are 30 senior citizens, 117 suffering from chronic illnesses and five under the age of 18. Bishop Carlos Morales of the Philippine Independent Church has been kept in jail since May 2017 on spurious charges of illegal possession of explosives.

In the rural areas, units of the Armed Forces of the Philippines routinely occupy villages and conduct artillery and aerial shelling in populated areas. These are areas where the people are actively resisting mining exploration and extraction, corporate farms expansion, resorts development, and various forms of environmental destruction.

From July 2016 to November 2017, human rights group KARAPATAN recorded about 365,000 cases of indiscriminate shooting and bombings of communities, 39,600 cases of military occupation of public places, and more than 426,000 villagers forced to evacuate as a result of military operations. Just on 26 November 2017, 12 communities of indigenous peoples in Surigao del Sur, composed of about 244 families, were forced to evacuate due to intensive military operations. Worse still, on 01 December, humanitarian aid groups were prevented by the military from entering the evacuation area.

We will not allow ourselves to just sit and watch as a humanitarian disaster unfolds in the Philippines. We heed the call of the Filipino people to defend their basic human and democratic rights and join them in condemning the increasingly fascist character of the Duterte government. With our linked arms, we vow to strengthen our solidarity with the Filipino people in their continuing fight for genuine democracy, economic and social development, and national liberation.

On the occasion of the International Human Rights Day on 10 December, we hereby convene ourselves as the Europe Network for Justice & Peace in the Philippines, and dedicate ourselves to: