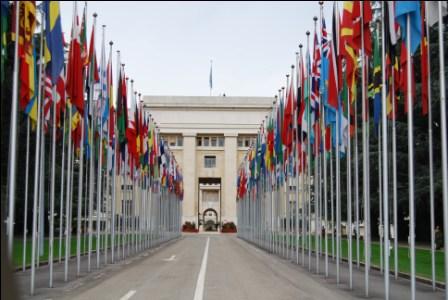 Karapatan Public Info Desk,  Press Statement, May 19  2012 – A few days before the Government of the Republic of the Philippines (GPH) undergoes the 2nd cycle of the Universal Periodic Review (UPR) at the UN Human Rights Council (UNHRC), Karapatan said that it will bring to the attention of the United Nations Human Rights Council the recent cases of forced evacuation and the continuing cases of extrajudicial killings (EJK) in the Philippines, under the Noynoy Aquino government. The complaints will be submitted through the respective Special Rapporteurs on the Human Rights of Internally Displaced Persons and on Extrajudicial, Summary or Arbitrary Executions.

According to Cristina Palabay, Karapatan spokesperson, “we would specifically bring up the recent cases of forcible evacuation, indiscriminate firing, threats and intimidation and other rights violations that happened in the course of intense military operations in Bukidnon province, CARAGA region, and other provinces in the Philippines. The military operations are believed to be the government’s practices of clearing up the areas for, and silencing the people’s opposition against, large-scale corporate mining operations and the construction of a mega-dam project for the consumption of foreign owned corporations.”

Karapatan documented some almost 4,000 individuals who left their homes from August 2010 to October 2011 due to coercion and harassment of security forces. During the first quarter of 2012, some 6,500 individuals forcibly evacuated from their communities and sought temporary shelter elsewhere due to bombings and indiscriminate firing by soldiers who likewise occupied their villages and camped in village halls, day care and health centers and schools.

The continuing extrajudicial killing will also be brought out as a major concern in the complaint. Among the cases that will be highlighted is the killing of indigenous chieftain, Jimmy Liguyon, who was killed on March 5. In its individual report submitted for the Universal Periodic Review of the GPH, the group stated that there are 60 victims of EJKs (from July 2010 to October 2011) while military operations in the rural areas have resulted to “the torture, illegal arrests and detention, harassment and intimidation, closing down of NGO-supported schools and literacy programs, indiscriminate firing resulting to injury and death and forced evacuation of individuals.”

(For the full text of Karapatan’s Individual Submission for the UPR, please refer to this link: http://karapatan.org/Karapatan+Submission+UPR)

Palabay said that “the AFP has zero credibility especially in terms of human rights protection and realization. Its claim that its units have not been involved in any case of human rights violations is sheer lie that stems from Noynoy Aquino’s attempt to deodorize the brutality of its counterinsurgency program, Oplan Bayanihan and disassociate this from the bloody Oplan Bantay Laya of Gloria Macapagal-Arroyo. The increasing number of cases and victims of rights violations committed with impunity are proofs that contradict the government’s claim.”

Palabay and Karapatan chairperson Marie Hilao Enriquez are members of the Philippine UPR watch delegation, who are slated to monitor and conduct activities in time for the UPR of the Philippines on May 29 at the UNHRC in Geneva, Switzerland.