A member of the Dutch Parliament representing the Socialist Party of the Netherlands has called for solidarity with Filipinos in their struggle to end human rights violations and impunity. 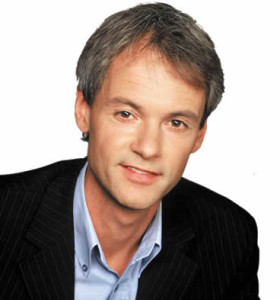 Harry van Bommel of the Socialist Party of the Netherlands, the third biggest political party in the Dutch parliament in a strongly-worded statement, said that the extrajudicial killings, disappearances, torture cases, illegal arrests and victims of forced evacuations from rural villages that are reported by Karapatan, “show clearly that real change has yet to come.”

“Hopes have been dashed under President Benigno Aquino III that human rights would be more respected,” van Bommel stated.

Van Bommel’s statement was sent to the International Coordinating Committee for Human Rights in the Philippines (ICCHRP) which is set to convene the International Conference on Human Rights and Peace in the Philippines from July 19-21 in Quezon City. The international conference is being held to raise the level of international solidarity and struggle for human rights and is expected to be attended by more than 200 human rights and peace advocates from the United States, Canada, Germany, Japan, UK, Australia, Belgium, The Netherlands, Denmark and Latin America.

According to Karapatan’s figures as of April 2013, under President NoyNoy Aquino, there are 142 cases of extrajudicial killings and 164 frustrated extrajudicial killings, 16 cases of enforced disappearances, and 76 cases of torture. There are 430 political prisoners, 136 of whom were arrested during Aquino’s administration.
Van Bommel stressed that although the human rights situation in the Philippines does not often land in the news in the Netherlands, the news of the killing of Dutch development worker Willem Geertman by suspected military assassins in July 2012 stirred many Dutch citizens and politicians.

He said Geertman was a well-known advocate for peasants’ rights and firmly opposed landgrabbing. He fought for the rights of indigenous peoples for their ancestral lands and against destructive mining operations.

“It is very well possible that his murder was politically inspired,” van Bommel averred.

Van Bommel said he has repeatedly requested their Dutch Minister of Foreign Affairs to closely follow developments surrounding the investigation of the death of Geertman.

An international solidarity mission is currently underway in the Central Luzon provinces of Aurora, Tarlac and Pampanga to look into the human rights situation there, specifically to follow-up on the investigation and prosecution of Willem Geertman’s killing. Members of the solidarity mission include the brother and sister of Geertman, Dutch filmmakers, researchers and journalists, development workers, Danish human rights and trad union rights advocates and local church lay leaders.

They will report their mission findings during the International Conference on Human Rights and Peace.
Van Bommel said he is very hopeful the conference will be a meaningful step in setting up a process which will bring to an end the many human rights violations in the Philippines and the totally unacceptable impunity that accompanies it.

“From the other side of the globe, I express my unconditional solidarity with the Philippine people in their struggle for genuine democracy and a just peace. In the Netherlands, the Socialist Party will continue to fight for a better society. I sincerely hope that…….you will succeed in your ongoing struggle for a better Philippines,” Van Bommel concluded.###