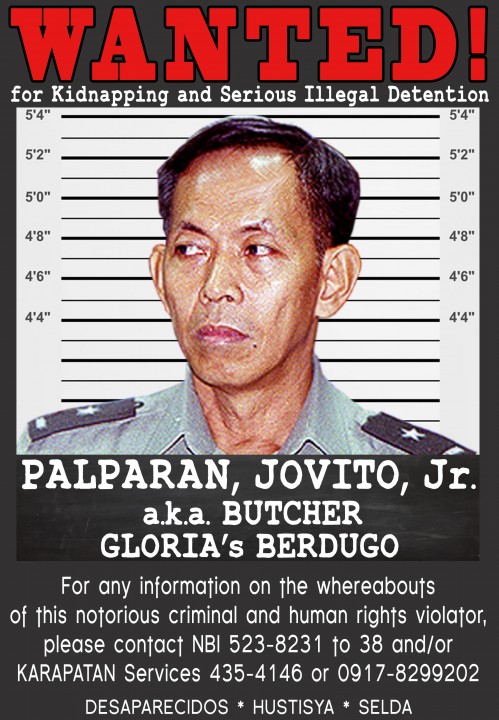 Press Statement, August 17, 2012 –  “The reported increase to P2 million of the bounty for Maj. Gen. Jovito Palparan and former Gov. Joel Reyes is an exercise in futility unless the Aquino government genuinely resolves to go after and arrest these notorious rights violators and make accountable even those who are protecting them such as the Armed Forces of the Philippines and possibly, powerful politicians and businesses. Who can be most obvious coddlers of these criminals than the institutions which benefitted from their heinous acts?”

Thus said Cristina Palabay, secretary general of Karapatan, on the Malacanang announcement to increase the bounty for Palparan and the Reyeses.

“This is starting to look like another PR stunt of Malacañang, to make it appear that it is doing something to arrest these fugitives; unless Aquino orders the AFP to produce Palparan. Wag na tayong maglokohan pa at paikut-ikutin ang mga biktima at kanilang mga pamilya. (Please desist from deceiving and playing with the victims and their families.) The Filipino people and the victims need justice,” she commented.

Karapatan said such acts manifest Aquino’s failure to end impunity in the country, “not only are these criminals free but they also get promotions and rewarded with plum positions as in the case of the military officials charged by six of the Morong 43 health workers for their illegal arrest, torture and detention.” ###

Re:  Increase in Reward for Palparan 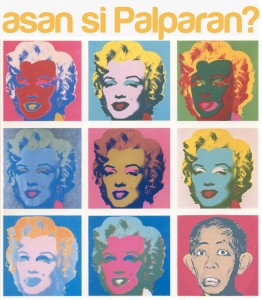 At first blush, it seems to be a positive step and should be welcomed by everyone desperate to see that justice is done. But ultimately it is not key or decisive.

The amount in the move is still too little and too late and is empty tokenism especially with the continuing killings, disappearances and other rights violations and impunity.

As long as he is coddled by the people who sympathize with his warped sense of duty and right and as long as Pnoy desists or defaults from clear, strong and decisive use of its broad and extensive powers and resources to seriously and doggedly run versus rights violators, Palparan will continue to thumb his nose while playing golf.